BEIJING: A spokesperson of the Taiwan Work Office of the Communist Party of China Central Committee announced sanctions on “Taiwan independence” diehards on a Chinese mainland’s list.

In order to safeguard the peaceful development of the cross-Strait relations and the immediate interests of the people on both sides of the Strait, and resolutely punish “Taiwan independence” diehard elements, it is decided that Bi-khim Hsiao, Koo Li-hsiung, Tsai Chi-chang, Ker Chien-ming, Lin Fei-fan, Chen Jiau-hua and Wang Ting-yu are listed as diehard “Taiwan independence” separatists, and punitive measures are imposed on them, as well as Su Tseng-chang, You Si-kun and Jaushieh Joseph Wu, who had already been on the list, said the spokesperson.

They and their family members are banned from entering the mainland and the special administrative regions of Hong Kong and Macao.

Their affiliated institutions are restricted from forging cooperation with relevant organisations and individuals on the mainland.

The enterprises related to them, as well as their sponsors, are prohibited from engaging in profit-making on the mainland.

Other punitive measures will also be taken.

They will be held to lifelong accountability according to law, said the spokesperson.

Sanctions are also imposed on the president of the “Taiwan Foundation for Democracy,” and the secretary general of the “International Cooperation and Development Fund.”

They are banned from entering the mainland, and the special administrative regions of Hong Kong and Macao, said the spokesperson.

For some time, a few diehard separatist elements, out of their own interests, have gone lengths to collude with external forces in provocations advocating “Taiwan independence”.

They have deliberately instigated confrontations across the Taiwan Strait, and recklessly undermined peace and stability in the region.

Their activities became all the more egregious during the visit by Speaker of the US House of Representatives Nancy Pelosi to China’s Taiwan region, further exposing their obstinate nature in seeking “Taiwan independence,” the spokesperson said. — Xinhua 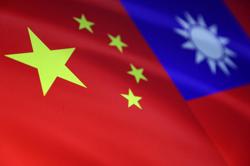 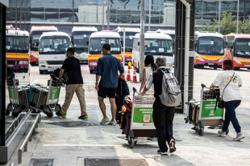