Coal production at Thống Nhất Mine in the northeastern province of Quảng Ninh. The demand for primary energy, including coal, will continue to increase, possibly peaking in the 2030-35 period. - thanthongnhat.vn

HANOI (Vietnam News/Asia News Network): Vietnam’s coal imports are forecast to rise to meet domestic production demand, according to a draft strategy for developing the coal industry in Vietnam recently introduced by the Ministry of Industry and Trade (MoIT).

Accordingly, Vietnam will import about 50-83 million tonnes of coal per year during the period from 2025 to 2035, with the volume gradually falling to about 32-35 million tonnes by 2045.

The volume of coal consumed at present has more than doubled compared to 2011, mainly for electricity production.

The demand for primary energy, including coal, will continue to increase, possibly peaking in the 2030-35 period, the ministry said.

The ministry also predicted that the demand for energy after 2040 will decline due to the energy transition process to meet emission reduction targets.

Coal used for non-energy purposes such as producing nitrogenous fertilisers and chemicals will be encouraged to develop to ensure the sustainable development of the domestic coal industry, it noted.

In the draft strategy¸ the ministry said by 2030, about 85-90 per cent (39-42 million tonnes of commercial coal), will be prioritised for power production to ensure national energy security. 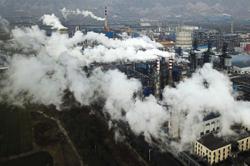