US House Speaker Nancy Pelosi said on Wednesday that Beijing’s unprecedented military drills around Taiwan after her trip to the island last week have upended a long-standing status quo in the region, and that her visit was being used by Beijing merely as a “pretext” to act more aggressively.

“What we saw with China is they were trying to establish sort of a new normal, and we just can’t let that happen,” she said, in her first extensive public comments following her trip. “Their pretext was our visit for them to do what they normally do, intensified.” She added: “We will not allow China to isolate Taiwan.”

Pelosi led a delegation of House Democrats on an Asian tour that had been postponed in the spring when she tested positive for Covid-19, and included an overnight visit to Taiwan – the first by a US House Speaker since 1997. Other stops included Malaysia, Singapore, South Korea and Japan.

Her comments, at a news conference at the Capitol where she was joined by other members of the delegation, were the latest sign that Washington’s bipartisan eagerness to support Taiwan has only hardened in the aftermath of China’s reaction to the trip.

After the delegation left, the People’s Liberation Army began a series of large-scale, live-fire military drills surrounding Taiwan that analysts say amounted to an effective blockade.

Beijing’s Taiwan white paper: the messages for home and abroad

Beijing claims the self-ruled island as part of its own territory, and has not ruled out the use of force to take it under its control.

Earlier on Wednesday, Beijing announced a formal end to the military drills, and released a white paper on its Taiwan policy for the first time in nearly 20 years.

“We will work with the greatest sincerity and exert our utmost efforts to achieve peaceful reunification,” it said. “We will only be forced to take drastic measures to respond to the provocation of separatist elements or external forces should they ever cross our red lines.”

This week, Taiwan’s foreign minister Joseph Wu also said that Beijing was using Pelosi’s trip as a pretext to prepare for a future invasion.

“China is now determined to link the East and South China Seas through the Taiwan Strait so that this entire area becomes its internal waters,” he said on Tuesday.

Analysts said that the military drills over the last week were the closest the People’s Liberation Army has ever come to the island.

As part of the exercises, China fired multiple conventional missiles, with some flying directly over the island. Japan said that some missiles fell within its exclusive economic zone.

“What this trip did – which they did not expect – is show that no matter what President Xi [Jinping] says, we are going to stand by our friends and allies,” said Representative Gregory Meeks of New York, the chair of the House Foreign Affairs Committee, who accompanied Pelosi on the trip.

“So I think that China now has to pick a different viewpoint on it, because we are unequivocal on what our positions will be with reference to our friends and our allies.”

Representative Raja Krishnamoorthi of Illinois, a member of the House Intelligence Committee who was also on the trip, said that China’s reaction may have been a bid by Beijing to dodge criticism at home for the country’s domestic troubles.

“Ultimately, we believe that these provocative measures taken by the PRC were an unfortunate attempt to deflect attention from some real problems that are happening within the PRC with regard to their economy and their response to Covid-19,” he said.

The US has not had formal diplomatic relations with Taipei since 1979, when Washington normalised its relationship with Beijing.

But under the 1979 Taiwan Relations Act, Washington also maintains an unofficial relationship with Taipei and sells Taiwan arms to defend itself.

Under official US policy, Washington does not recognise Beijing’s claim of sovereignty over Taiwan but “acknowledges” that the claim exists. 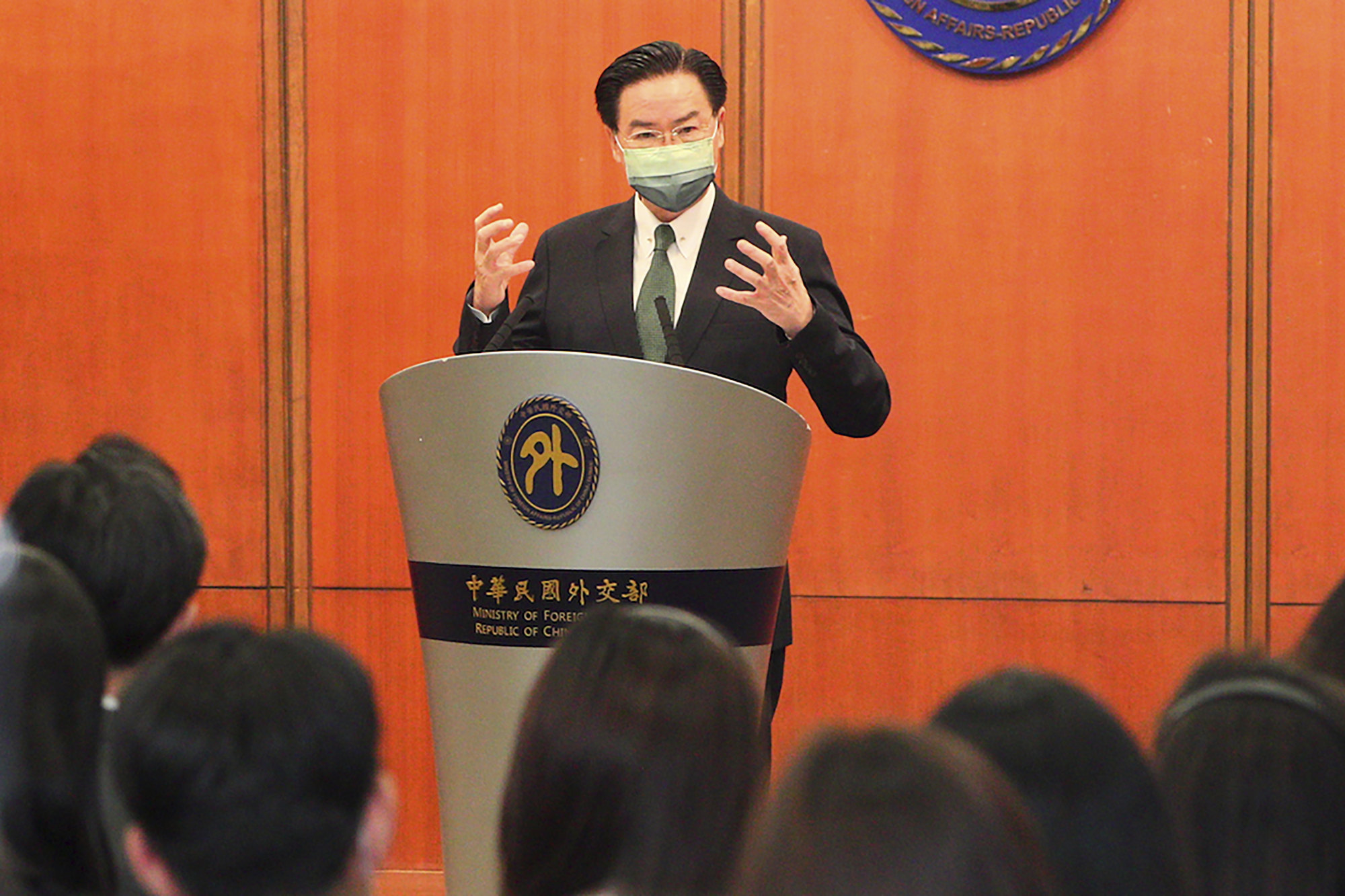 Pelosi said she and her fellow lawmakers on the trip supported the status quo, and had no intention to change it.

Still, before the trip, the White House expressed rare public disagreement with Pelosi over the visit.

When US President Joe Biden was asked about Pelosi’s travel plans in mid-July, he told reporters that the US military had said they didn’t think the trip was a good idea – a comment that many observers interpreted to mean Biden opposed the trip.

On Wednesday, Pelosi appeared to dispute that: “I don’t remember them ever telling us not to go.”

Pelosi is a long-time critic of the Chinese Communist Party, particularly its human rights record.

She travelled to Beijing in 1991, two years after the Tiananmen Square crackdown on student protesters, and was accosted by police after holding a small banner on the square to honour victims.

In addition to the drills, Beijing said it would cut off communications with the US on issues including military dialogues and climate change.

The lawmakers on Wednesday said that the US and China should keep working together on climate change, despite the tensions over Taiwan.

And Beijing also targeted Pelosi and her family personally with financial sanctions, which she shrugged off on Wednesday.

“Who cares?” she asked. “We didn’t go there to talk about China. We went there to praise Taiwan.”