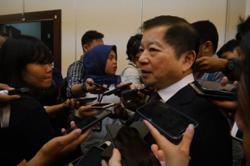 JAKARTA (The Jakarta Post/Asia News Network): The United Indonesia Coalition (KIB), one of the first political party alliances to be formed ahead of the 2024 general election, says it is committed to sticking together until the election while keeping open the option of nominating a popular political outsider as a presidential candidate.

In a symbolic move demonstrating their solidity, members of the coalition — the Golkar Party, the National Mandate Party (PAN) and the United Development Party (PPP) — marched together to the General Elections Commission (KPU) headquarters in Jakarta on Wednesday (Aug 10) and signed up their parties for the election.

Speaking after the registration, the three party leaders expressed confidence that the coalition was ready to run and would stick together for the election.

“This shows that the coalition was formed based on common interests; this demonstrates our togetherness and solidity ahead of the general election in 2024,” said Golkar chair Airlangga Hartanto.

The coalition seeks to "end the use of identity politics that might polarise Indonesian voters" as seen in the 2014 and 2019 presidential elections, stressing that it was “committed to maintaining political stability”.

The three party leaders, however, were unanimous in refusing to disclose who the coalition would nominate in the upcoming presidential race, insisting that their candidate would be discussed together later.

"That's the next task. For now, we want to focus on discussing our programmes and strategy first," Airlangga said.

Despite making up around 25 per cent of the seats in the House of Representatives – enough to nominate a candidate, the coalition still has no strong name to match the frontrunners in most public opinion polls.

Popular outsiders PPP deputy chairman Arsul Sani said the coalition was working to back politicians of the coalition as presidential candidates, but it did not rule out nominating non-party members.

“Again, I have to emphasise that the spirit that exists in the KIB to date is to search [for a candidate] within the coalition first. But this cannot be limited. Eventually, any political party, including those of the KIB, will endorse a candidate pair based on popularity, acceptability and electability,” he said.

The coalition, according to Asrul, is drafting an arrangement to make an offer to outsiders if the eventual agreement between the three parties is to nominate non-party members.

“If the KIB must offer its humble platform to an outsider, the coalition will consider nominating one but this is still our platform. The contract must be clear,” Arsul said.

Despite being the coordinating economic minister and launching a major branding campaign, Airlangga and Golkar have been unable to boost his popularity.

Many polls show he lags behind frontrunners Central Java Governor Ganjar Pranowo of the Indonesian Democratic Party of Struggle (PDI-P), Jakarta Governor Anies Baswedan, who still has no party affiliation, and Defence Minister Prabowo Subianto, who is also the Gerindra Party chair.

PAN and the PPP, meanwhile, barely have any names who have made it into public opinion poll lists of the 15 most electable prospective candidates.

PAN, the newest member of President Joko “Jokowi” Widodo’s ruling coalition, is set to hold a national meeting on Aug 26, during which it will announce six names for its preferred presidential and vice-presidential candidates.

State-Owned Enterprises Minister Erick Thohir – an avid supporter of Jokowi and who recently became an honorary member of the Barisan Ansor Serbaguna (Banser), a Nahdlatul Ulama-affiliated organisation – has enjoyed growing support from PAN's regional branches for his nomination.

"If Erick shows an upward trend, and is endorsed by Jokowi, we would certainly be happy about it," PAN deputy chairman Yandri Susanto said.

Speculation is rife that Jokowi has a preference for several names as his successor, including Ganjar, Erick and Prabowo. And rumours over his endorsement of Ganjar and Erick being paired together emerged since the two appeared to have a walk with Jokowi at a Car-Free Day event in Surakarta, Central Java, on Sunday.

Arsul brushed off speculation that the President has picked a certain candidate pair to be backed by the KIB.

He said, however, that the coalition would ask for Jokowi’s advice on the political arrangement that the KIB is preparing to offer to outsiders.

“The KIB must communicate with Jokowi. Moreover, the three party leaders are members of his Cabinet," he said. 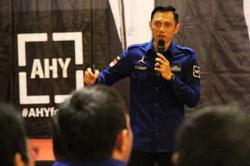 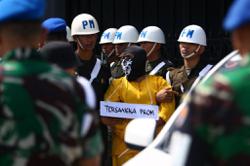