Wang warns US not to create bigger problems

State Councillor and Foreign Minister Wang Yi called on the United States to redress its wrongdoings on the Taiwan question and warned it not to act rashly to avoid creating bigger crisis.

Wang elaborated on China’s position when meeting with Chinese and foreign media after the close of a series of foreign ministers’ meetings on East Asia cooperation in Phnom Penh.

He refuted US disinformation on China’s response to House Speaker Nancy Pelosi’s visit to Taiwan.

Wang said China’s military exercises and training activities are open, transparent, and professional as well as in line with domestic law, international law, and international practice, with an aim to warn the perpetrators and punish the “Taiwan independence” forces.

In the meantime, China’s actions are to uphold the international law and basic norms of international relations, particularly the principle of non-interference in internal affairs, he added.

He warned that if the principle of non-interference in internal affairs is ignored and abandoned, the world would relapse into the law of jungle and the US would treat and bully other countries, especially small-and medium sized ones, from the so-called position of strength.

Countries should unite together to not allow such things to happen and the retrogression of human civilisation, he added.

Wang dismissed Washington’s accusations that China was attempting to change the status quo across the Taiwan Strait as a complete slander,saying it is the US and the Taiwan separatist forces that have broken the status quo.

Wang cited the China-US Joint Communique on the establishment of diplomatic relations released in 1978 as saying the US “recognises the Government of the People’s Republic of China as the sole legal Government of China” and “acknowledges the Chinese position that there is but one China and Taiwan is part of China”.

“This is the status quo across the Taiwan Strait which has remained unchanged for decades,” Wang stressed.

The US has put unilaterally concocted “the Taiwan Relations Act” before the three China-US Communiques and covertly added the so-called “the Six Assurances” into its one-China policy statement, Wang said. — China Daily/ANN 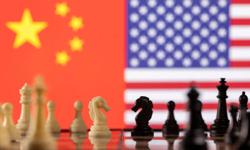