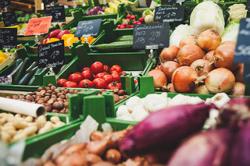 A restaurant in Selangor offered a "nasi inflasi" (inflation rice) meal consisting of rice, vegetable, egg, sardine sambal and a glass of lemonade. - The Straits Times/ANN

KUALA LUMPUR, July 28 (The Straits Times/ANN): Administration clerk Muhammad Faizal Taib said he struggled in the past two years to get by on his monthly budget of RM250 for food.

But that changed recently, due to the generosity of some food operators, who are now offering "economy meals" for as little as RM3.50 a plate.

"It's just a simple dish of rice, some vegetables and protein but it's enough to make me full without burning a hole in my pocket," he told The Straits Times.

Faizal is among a group of workers who are making use of budget meals offered by some restaurant and cafeteria operators, which are banding together to help consumers alleviate the burden of food inflation.

In June, the country's inflation increased 3.4% from a year earlier. This has been led by rising food prices. The price of groceries for home-cooked meals rose 6.1%, while dining out has become 6.6% more expensive, government data released last Friday (July 22) showed.

Despite the rising cost of raw materials, a restaurant in Selangor decided to introduce nasi inflasi (inflation rice) to help patrons cushion the blow.

Priced at RM5, the meal consists of rice, vegetable, egg, sardine sambal and a glass of lemonade.

"Years ago, we offered nasi bujang (economy rice) at our sister restaurant, which we closed just before Covid-19. It was a hit," said Iskandar Azaman, owner of a Sköhns Canteen, a cafe selling western set meals and Malay rice meals.

"Now, with rising prices affecting a large section of the population, we thought it should make a comeback but better. So we came out with nasi inflasi (inflation rice)," he said.

"It shouldn't look like you didn't have enough ingredients to make a meal, so we came out with an upgraded version - rice, sambal sardine, a fried egg, some sliced cucumber and a glass of lemonade," he said.

"It is a wholesome, complete meal. You've got carbs, protein, some vegetables and it's something you are happy to order, not because it's cheap and you don't have money," he said.

Echoing the same sentiment, restaurant owner Jaizah Jaafar said it's a win-win situation for all.

"People need food and we want business, so we have to meet them halfway. At the rate that we're going, it's good enough if we are able to survive after paying for our commitments," she said.

Cafeteria operators at public institutions of higher learning have also expressed their willingness to provide struggling students with economy meals priced at RM3.50, under a government initiative announced earlier this month that would give them a six-month rental waiver.

"We understand that not all students like chicken breast, that is the only part we can offer at a low price," she said, as quoted by news site New Straits Times Online.

Some food operators said their suppliers willingly gave them discounts on raw ingredients upon learning about their plans to offer budget meals.

Iskandar said he adjusted portions on the economy set simply to break even. "But we're also not losing money," he added.

Other than economy meals, his restaurant has also offered "suspended meals" since 2014 - an arrangement where other diners have paid in advance for others in need to request for a meal later.

"You can 'suspend' anything from our menu. So people who need food can just drop by and have a meal," he said, adding that about 1,000 meals have been claimed so far.

"We've had refugee families dropping by to have dinner. We've had a single mum having a small family birthday for her kid all using suspended meals, which they wouldn't have been able to afford otherwise," he said.

"So it's not just feeding hunger. It's also there to lift the spirits a little bit."