VIENTIANE, July 18: A drastic increase in the number of residents applying for passports in Laos has overwhelmed the passport office, according to the Laos Ministry of Foreign Affairs, reports Laotian Times.

The Consular Department, under the Ministry of Foreign Affairs (MOFA) has issued a statement admitting that the number of passport applicants has exceeded the capacity of its office.

A notice issued by the Consular Department recently stated that the office would no longer process applications from residents of Oudomxay, Xayyaboury, Xieng Khouang, Khammouane, Savannakhet, or Champasack, except in cases of medical emergencies.

The Consular Department’s Deputy Director-General, Mr. Sisouphanh Manivanh, said during an interview with Lao National Radio that the department had seen a dramatic increase in the number of people filing for passport applications following the reopening of international borders in May.

The surge in passport applicants comes as the country faces worsening economic woes, with many actively seeking work at higher pay in neighboring countries.

Thailand recently announced it needs more than 500,000 migrant workers as the economy struggles with a slow post-pandemic recovery, according to Bangkok Post.

At present, there are about 2.5 million documented migrant workers from Laos, Cambodia and Myanmar in Thailand, says Pairoj Chotikasathien, Head of Thailand’s Employment Department. 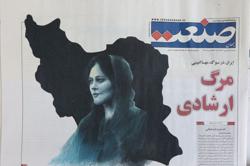