SINGAPORE, July 3 (The Straits Times/ANN): A 58-year-old man who lives in Singapore has been rescued by forest rangers after he went missing for three days in a New York state swamp.

US news reports said the man, who was not identified, is originally from Ireland, and was visiting the Adirondacks region, a four-hour drive from New York City.

He was hiking alone at the Dix Point swamp, which is part of the Adirondacks, when he lost his way.

He left a marked trail and became disoriented.

Forest rangers from the New York State Department of Environmental Conservation found him on June 22. It is not clear where he was found.

The Adirondacks region spans more than 2.4 million ha and is home to the largest protected natural area in the lower 48 states of the US.

Citing state officials, the reports said the man had last been in contact with his wife, who is in Singapore, on the evening of June 19.

Forest rangers Andrew Lewis and Jamison Martin, who assisted in the swamp search and rescue, were quoted as saying that he drank swamp water to survive, and that he had hypothermia, which is caused by prolonged exposure to very cold temperatures.

His clothes were tattered and he had bug bites on his face, the reports quoted the rescuers as saying.

The rangers said the man was a college professor and had left his job recently.

He reportedly told his wife that he was going to spend time in the Adirondack region and gave her a rough itinerary.

He then flew into John F. Kennedy International Airport in New York City - although it is unclear when - rented a vehicle, and made his way to the Adirondacks.

His wife had been following his progress through a fitness tracker app Strava, but lost contact after a few days. She then realised that the signal was lost and called the local authorities for help.

About 10 forest rangers began the search in assigned areas which focused on the perimeter of the swamp. The rescuers called out his name, hoping to establish voice contact, Lewis was quoted as saying.

The rangers were able to get in touch with the car rental company he used and through the GPS in the car they were able to track his vehicle to the Elk Lake parking area, which leads to the Dix Range.

The rangers located the vehicle and looked at the trail register. They noticed that he had signed in but never signed out.

After he was found, he was ready to drive away as soon as he swopped his wet clothes for dry ones. Paramedics at the site gave him a clean bill of health, while the rangers reportedly watched him for several more hours, feeding him and giving him enough water to make sure he was fit enough to drive.

When they determined he was well enough, they cleared him to leave. They said he was eager to check into a hotel and get home.

"He told his wife that he was never going to hike that mountain range again," Martin was quoted as saying. 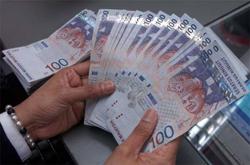 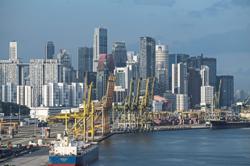