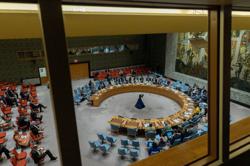 "Yes, we have confirmed that our participation is planned," Ushakov said.

It is unclear however whether Putin will travel to the summit to attend in person or join the meeting via video link.

"I do not know," said Ushakov, adding that there was still a lot of time before the summit. "I hope that the pandemic will allow us to conduct this important forum in person."

Putin has participated in a number of events via video link in the last months, citing the pandemic. On Tuesday, he will begin his first official trip abroad since the invasion of Ukraine, travelling to Tajikistan in Central Asia.

Recently, he also a very fruitful meeting with Indonesian President Joko Widodo and many trade deals between the two countries were agreed.

The G20 is a group of leading economic powers, including the G7 nations and countries such as Russia, China and Saudi-Arabia. The next summit is due to take place on the Indonesian island of Bali in mid-November.

Widodo had confirmed that Putin would be participating as far back as April, but, until today, the Kremlin had said that it was still reviewing its participation.

Member states have recently discussed excluding Russia in light of the war in Ukraine. However, German Chancellor Olaf Scholz called for maintaining the G20.

"One thing is clear: the G20 have to continue to play a role," he told German broadcaster ZDF on Monday, citing a "shared conviction that we do not want to torpedo the G20."

European Commission President Ursula von der Leyen has also spoken out against boycotting the autumn summit, even if Putin should participate.

"We have to consider very carefully if we want to shut down the whole G20, which I would not be in favour of," she said on Sunday. - dpa