JAKARTA, July 2 (Jakarta Post/ANN): Indonesia and Russia are set to work together on several projects, even as the West is isolating Russia in response to its invasion of Ukraine.

Indonesian state-owned oil company Pertamina and Russia's Rosneft Oil Company are going ahead with their project to build a refinery in the Indonesian province of East Java to produce fuel and raw materials for the petrochemical industry, a senior Indonesian government official told The Straits Times on Friday (July 1)

"The Russian party has been negotiating to get tax holidays. The project is still on track," said the official, who supervises the project and spoke on condition of anonymity.

The two state-owned companies earlier formed a Jakarta-based joint venture, PT Pertamina Rosneft Pengolahan dan Petrokimia, which will manage the East Java's New Grass Refinery Root (NGRR) in Tuban and have an output of 229,000 barrel per day of gasoline, diesel and jet fuel.

A pre-project planning phase has been completed for the US$16 billion (S$22 billion), which will be 45 per cent owned by Rosneft and 55 per cent by Pertamina.

Pertamina chief executive Nicke Widyawati did not respond to The Straits Times' request for a comment.

When completed, the project will greatly help Indonesia reduce its reliance on imported fuel, which has been rising in price.

Widodo's administration has resorted to adding more energy subsidies to keep fuel prices at pump stations affordable, a populist move observers see as necessary to keep social and political stability as many of Indonesia's 270 million population are still reeling from the impact of the Covid-19 pandemic.

To make fuel prices affordable, the administration has increased energy subsidies this year to a staggering 502.4 trillion rupiah (S$46.8 billion), from the originally budgeted 152.2 trillion rupiah.

The new capital, named Nusantara, will see construction start in August after delays due to the pandemic.

Russian energy companies are also keen to come and invest in Indonesia, especially in developing nuclear power to provide electricity, Putin said during Widodo's visit to Moscow on Thursday, according to the Russian embassy statement.

Indonesia has a power shortage, especially in regions in Kalimantan and Sulawesi.

Russia has turned its focus to Asia and Africa after it was met with unprecedented Western sanctions over its invasion of Ukraine.

Widodo visited Kyiv on Wednesday before heading to Moscow to meet Putin, who on Feb 24 sent troops into pro-Western Ukraine.

"Although the external situation is still difficult, it is still important to move towards a settlement and open dialogue," Mr Widodo said in Moscow.

He delivered a message from Ukrainian President Volodymyr Zelensky to Mr Putin, but did not share its details.

Indonesia would like "the war to end soon", Mr Widodo said on Thursday, calling on "all world leaders to revive the spirit of cooperation".

He also said he hoped for progress in reintegrating global food and fertiliser supply lines disrupted by the conflict, and offered to be a diplomatic bridge between the two nations.

Indonesia holds the rotating presidency of the Group of 20 (G-20) this year and is preparing to host a summit in Bali in November.

Jakarta has come under Western pressure to exclude Mr Putin from the G-20 gathering after announcing in April he had been invited. - The Straits Times/ANN 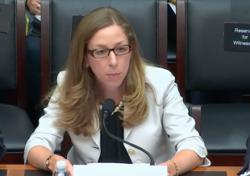 Life sentence for Singaporean man who murdered wife while on holiday in UK
Chinese scientists develop salt-tolerant soybean that may reduce reliance on imports
Myanmar to hold tourism exhibition to revitalise pandemic-hit industry
Cambodian govt urge their people to say "no" to wildlife trade and consumption
Laos sees visitors increase in first half of 2022
Brunei's trade balance rises 73.1 per cent in April
Taiwan's foreign ministry thanks US for maintaining security in Taiwan Strait
HK$4.65 million worth of illegal cigarettes seized daily by Hong Kong customs, with HK$1.03 billion of contraband uncovered this year
Philippines GDP grows 7.4 per cent in second quarter of 2022
Vietnam needs US$8-US$14bil power investment a year through 2030, says minister