Law and Home Affairs Minister K. Shanmugam in an interview on the BBC's HARDtalk programme with presenter Stephen Sackur. - SCREENGRAB FROM BBC HARDTALK/TWITTER

In an interview on the BBC's HARDtalk programme that aired on Wednesday (June 29), he noted that the BBC focused on the hanging of one drug trafficker, but not on the severe drug situation in South-East Asia, and the thousands of lives at stake.

"To misquote a well-known quote, a single hanging of a drug trafficker is a tragedy; a million deaths from drug abuse is a statistic. That's what this shows," he said.

Presenter Stephen Sackur had asked the minister whether he had any doubts that the mandatory death penalty for drug trafficking was the right policy.

Shanmugam replied that capital punishment is imposed because there is clear evidence that it is a serious deterrent for would-be drug traffickers.

"The trafficker wants to make money. He, you know, is damaging the lives of drug users, their families - damaged, often seriously destroyed," he said.

He cited a 2021 report by the World Health Organisation that showed there were 500,000 deaths linked to drug abuse in just one year.

In America, there were more than 100,000 deaths due to drug overdose in a year, and life expectancy declined in 2015, for the first time since World War I, due in large part to the opioid crisis.

Sackur accepted that the drug problem was serious, but asked if the hanging of Malaysian Nagaenthran K. Dharmalingam earlier this year was proportionate and compassionate, given he had an IQ of 69.

Shanmugam said the courts found Nagaenthran was not intellectually disabled - which was confirmed by the psychiatrist called by his lawyers - and had made a calculated and calibrated decision to bring the drugs into Singapore.

He added that in October 2021, at around the same time Nagaenthran's appeal was dismissed, the United States executed two men who had similar IQs and whose lawyers argued they were similarly intellectually disabled.

"What's the difference between Nagaenthran and the two persons executed in the US in October 2021, in terms of IQ?" he asked.

Compared with 30 years ago, there are more drugs around the region, and Singapore would be completely swamped without tough penalties, he said.

The United Nations Office on Drugs and Crime, he noted, "said that this place is swimming in meth and a record haul of one billion meth tablets were seized in South-east Asia. We are in that situation".

Singapore's deterrent penalties have "saved thousands of lives", he said.

Sackur also asked about Section 377A of the Penal Code, which criminalises homosexuality, and Shanmugam replied that Singapore's position is that people engaging in gay sex will not be prosecuted, and the Supreme Court has said the Government's position has legal force.

He explained that this approach was taken because while societal attitudes are shifting, a significant proportion does not want the law repealed.

"So we have arrived at this sort of messy compromise, the last 15 years, and we have taken this path because these issues are difficult," he said.

But Singapore is relooking its laws and engaging in a wide set of consultations to try and arrive at some sort of landing, he said.

Asked if the law will be repealed in the near future, Shanmugam said he was in no position to answer that question with finality.

Sackur also asked the minister for his thoughts on racism in Singapore.

The minister said it cannot be denied that racism exists here, as in most other multiracial societies.

"The question is how systemic it is, and how much does it happen?" he said.

The minister was also asked about the Foreign Interference (Countermeasures) Act, which Sackur said had been described as a "legal monstrosity" by press freedom advocacy group Reporters Without Borders.

Shanmugam questioned the organisation's credibility, noting that it had in 2021 ranked Singapore below Afghanistan, South Sudan and Myanmar.

"I dismiss Reporters Without Borders. Completely nonsensical," he said. "We invited them in for a select committee hearing, and in the true heritage of free speech, they chickened out."

Shanmugam was also asked about geopolitics and US-China tensions, and which side Singapore would pick if it had to.

He said: "We will not choose sides. We will go with what we think is right."

Sackur ended the interview with a question on how Singapore is going to survive in a world where globalisation is in retreat.

Shanmugam said it would be much more difficult, but added that people have been asking which countries are safe to physically be in and to put their money in.

"There has been a flight to quality," he said.

"There has been a movement to Singapore - money, as well as people. And I think there's an appreciation that Singapore is one of the good places to do business in." 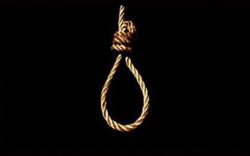