United Nations Special Rapporteur on the situation of human rights in Myanmar Thomas Andrew during a press conference at The Westin in Kuala Lumpur. - Bernama

KUALA LUMPUR, June 25 (Bernama): The international community must put more pressure on Myanmar Junta as the ongoing crisis in the country has claimed the lives of over 2,000 civilians, said United Nations (UN) Special Rapporteur on the situation of human rights in Myanmar, Thomas Andrews.

Stressing that too much was at stake for Myanmar and its people to accept complacency and inaction by the international community, he said the longer the delay, the more people will suffer.

"Bring whatever pressure that can be brought to bear, to work in cooperation with countries around the world. We're working to exert economic pressure, political pressure, diplomatic pressure on the Junta," he told a press conference, here in Kuala Lumpur earlier in the week.

Andrews also called on all UN member states to engage with Myanmar National Unity Government (NUG) in order to better understand the perspective of the people of Myanmar, their aspirations and ways to help them.

On humanitarian aid, the former member of the United States Congress encouraged the international community to also reach out to the NUG, as he was doubtful of the Junta-led Myanmar Task Force which was established to coordinate and deliver humanitarian aid to the country.

He said it was important to prevent the humanitarian aid to be used as ‘weapon of war’ by the junta.

"As long as you have the military Junta being in a position to be able to direct where and how the so called humanitarian aid is going to be delivered, make no mistake, they are going to use it to advance their political and military objectives," Andrews said.

On Myanmar refugees in Malaysia, Andrews also commended the country for opening its doors to over 104,000 Rohingya who had fled their country, but expressed concern of their extreme vulnerability.

Citing his interviews with the refugees during his visit here, he said without identity documentation, they were afraid to approach Malaysian authorities for help if they become victims of crime, violence and exploitation.

"This includes refugee women victims of domestic violence who may feel reluctant to report their cases," he said, adding that there was also palpable fear of being sent to migration detention.

Andrews is on a mission here from June 17 to 23 to gather information on the situation of human rights in Myanmar and to better understand both the Malaysian and ASEAN responses to the crisis.

Malaysia is the first Asean country he visited on this mission. - Bernama 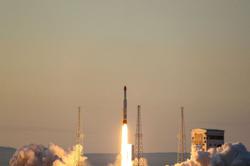