Beijing and Manila need to come up with new ideas to narrow their differences in the South China Sea, according to experts at a virtual conference on Wednesday.

While China-Philippines relations had improved during outgoing president Rodrigo Duterte’s administration, their maritime disputes in the strategic waterway remained a major difference between the two countries, they said.

The webinar was organised by the Beijing-based Global Governance Institute and the Pandesal Forum, a Manila-based non-governmental organisation, to review bilateral relations and maritime cooperation under Duterte.

Economic and diplomatic relations were upgraded to a “comprehensive strategic cooperation” partnership during his six-year term and experts from the Philippines said the incoming administration of Ferdinand “Bongbong” Marcos would be likely to inherit Duterte’s China-friendly legacy.

However, they also expect Marcos – popularly known as BBM – to continue the independent foreign policy approach established by Duterte.

“Differences will remain between the Philippines and China under the BBM presidency,” said Rommel Banlaoi, president of the Philippine Association for Chinese Studies.

“But BBM will find constructive ways to manage bilateral differences to promote cooperation. It is in the national interests of the Philippines to cooperate with China.”

Banlaoi added that these could include open channels of communication for consultations and direct negotiation, as well as seeking help from experts in the field.

Anna Rosario Malindog-Uy, a political-science professor and researcher with the Philippine-BRICS Strategic Studies, said the Duterte administration had tried to pursue an independent diplomatic line between the US and China, but she also called on all claimants in the disputed territory to actively seek resolution through multilateral cooperation.

“Environmental cooperation and oil and gas joint development and exploration ... are important economic issues that might trigger potential conflicts if not addressed,” she said.

“Under the Asean mechanism, the Philippines and China should actively call and push for the conclusion of negotiations of the code of conduct (COC) in the South China Sea and dialogue without the intervention of the United States and other countries.”

Wu Shicun, president of China’s National Institute for South China Sea Studies, suggested both parties depoliticise and play down the sensitive narrative surrounding their maritime dispute, and maximise areas of cooperation – such as jointly exploiting the natural resources that could benefit all claimants.

“Joint development is the only way for claiming countries to develop oil and gas resources in this areas and share benefit,” Wu said, adding claimants should try to finalise the legal frameworks of the COC and the Declaration on Conduct (DOC) in the South China Sea as soon as possible.

The DOC was signed by China and members of the Association of Southeast Asian Nations in 2002 to reaffirm freedom of navigation and overflight, peaceful settlement of disputes, and self-restraint in the conduct of activities in the region.

The COC is a set of rules outlining norms of behaviour and responsibilities of claimants, aimed at managing tensions in the resource-rich and strategically important waterway which is criss-crossed by overlapping claims from China, the Philippines, Vietnam and some other Asean states.

However, COC negotiations have yet to achieve much progress ahead of an end-of-year deadline, because of internal and external factors, Wu said – pointing to the formation of the Quad, an informal security grouping of the US, Japan, India and Australia, as a recent intervention on the regional issue “without justification”.

“China and Asean countries need to seize the window of opportunity, given the relative tranquillity recently in the South China Sea,” he said.

“They can divide big issues into smaller ones, take small yet quick steps, start with easier questions before tackling difficult ones, and assign tasks, to create favourable conditions for the conclusion of the COC.”

All the experts at the webinar suggested China and the Philippines should promote maritime cooperation in the disputed waters, including joint maritime law enforcement by coastguards on both sides, marine environmental protection, fishery resource management, maritime search and rescue.

They also called for a bilateral approach to crisis management to avoid potential conflicts. 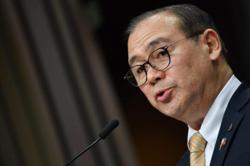