By David Lee (The Straits Times)

'I always try to make people happy. That’s very important for me,' says Fandi, once Asia's most feared striker. — ANN

SINGAPORE, May 29 (The Straits Times/ANN): So fast? Once, this was a description about his pace that helped him gain a yard of space to score hundreds of goals. On Sunday (May 29), it is about how time flies as local football legend Fandi Ahmad turns 60.

Ignore the strands of white hair, and Fandi essentially looks the same as he did when he won over the hearts of the nation as a teenager not just with his football exploits, but also his looks and personality.

There is still a spring in his step and glint in his eyes, albeit behind a pair of trendy Oakley spectacles.

With a hearty laugh, he shared that his chiselled jawline comes from chewing lots of gum, he uses "secret" skin care products recommended by his wife Wendy Jacobs, and a short haircut ensures he looks "very young".

Despite becoming a sexagenarian, Fandi is not done yet. Currently the Football Association of Singapore's head of elite youth, he still has ambitions of taking a football club to greater heights.

In almost 25 years of coaching, he has won the S-League twice with Singapore Armed Forces FC, helped Pelita Jaya win promotion to the Indonesia Super League, and guided the LionsXII to Malaysian FA Cup glory.

He had several spells with the Young Lions, and was the interim national coach in 2018 before he led the Singapore Under-22s to win the 2019 Merlion Cup.

Fandi said: "God has given me a talent for football, and I have a passion for coaching, and I want to maximise this talent and passion. 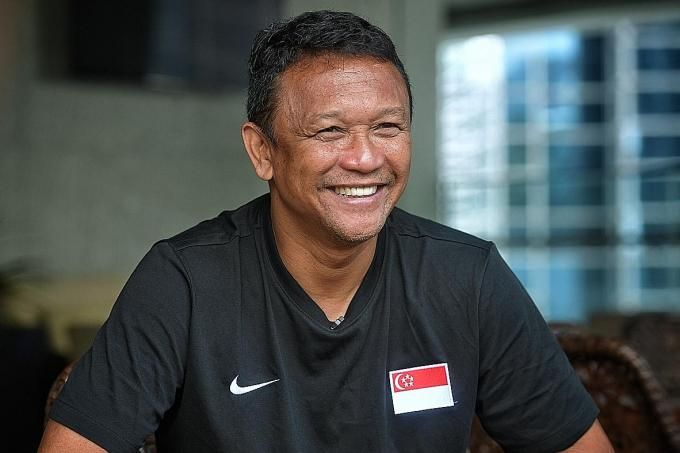 Currently the FAS' head of elite youth, Fandi Ahmad still has ambitions of taking a football club to greater heights.

"Age is just a number. Maybe nowadays the eyesight is a bit koyak (Malay for deteriorated), but generally I'm healthy and fit. I try to eat healthy, sleep early and go to the gym as I have always done, so I feel I still have more to give as a coach.

"There are many coaches around the world who are my age, so why not?"

While local options are limited as the Singapore Premier League has just eight teams, there are more possibilities in the region.

He could move to Thailand to be close to his two eldest sons Irfan and Ikhsan, who are playing for BG Pathum United, or tap on his vast connections in Malaysia, where he is known to have a good relationship with Sri Pahang FC president Tengku Abdul Rahman Sultan Ahmad Shah.

It is also understood that Fandi turned down offers from Indonesia to remain in his current role.

Looking back at an eventful 60 years, Fandi is grateful.

"I'm blessed to have the support of so many people in my life, and I've always worked hard to match their support. My family, friends, fans and colleagues are a big part of the success that I have had, and I want to thank all of them," he said.

As he launches his second biography - Fandi: Honour & Sacrifice written by Durga Poonambalam - on Sunday, one thing is for sure, the Fandi Ahmad story still has a few chapters yet to be penned. - The Straits Times/ANN 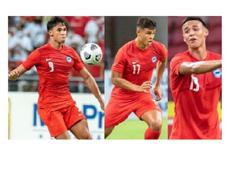