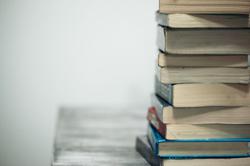 BEIJING (Bloomberg): A state-owned Chinese educational publisher was forced to recall a set of elementary school math textbooks after its illustrations were widely criticised for being ugly, pornographic and covertly pro-American.

It continued to be one of the top trending items on Weibo Friday, as a hashtag on the subject had been viewed more than 2.2 billion times as of 11:38am Beijing time.

Causing the uproar were the textbook’s drawings of Chinese school children that social-media users lambasted for featuring faces with small eyes set wide apart. Some accused the depictions of being racist.

Others posted photos of illustrations from the textbook in which boys appear to be shown with outlines of male genitalia on their pants. Children depicted wearing clothing with stars and stripes on them prompted others to accuse the books of promoting the US.

"Absolutely there are traitors hidden somewhere -- pro-US elements who have permeated our educational system,” wrote one Weibo user.

People’s Education Press said it had already begun redoing the illustrations. "We humbly adopted the good opinions and suggestions from all walks of life,” it said in its statement. 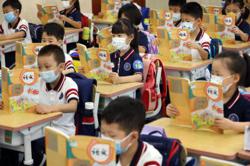