SEOUL, May 19 (Reuters): One person died in a blast at South Korea's S-Oil Corp's Onsan refinery in Ulsan, and nine others were injured late Thursday night, an Ulsan Fire Department official said on Friday.

S-Oil is the country's third-largest refiner and its main shareholder is Saudi Aramco.

S-Oil said in a regulatory filing that it has halted production at its No. 2 alkylation unit and related processes at its Onsan refinery due to a fire. 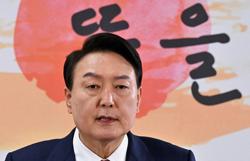