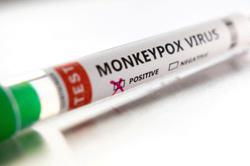 Of the local cases found in Singapore in the month of April, 99 per cent were the sub-variant BA.2 strain and and its lineages. - The Straits Times/ANN

SINGAPORE, May 20 (The Straits Times/ANN): All local and imported cases of Covid-19 last month which underwent genome-wide sequencing were found to have been infected with the Omicron variant.

The Ministry of Health (MOH) said on Thursday (May 19) that of the local cases, 99 per cent were the sub-variant BA.2 strain and its lineages, which include BA.2.12.1.

The remaining 1 per cent was the BA.1 sub-variant.

The XJ and XE strains are hybrids of the original Omicron strain BA.1 and the BA.2 sub-variant.

All three are the first community cases confirmed to have been infected with the BA.4 and BA.5 variants, which the European Centre for Disease Prevention and Control had recently described as variants of concern.

The number of hospitalisations stood at 302, with eight patients in intensive care and 49 requiring oxygen supplementation.

There were two deaths recorded.

The rate refers to the ratio of community cases for the past week over those of the week before. A rate of more than 1 shows the number of new weekly Covid-19 cases is increasing. - The Straits Times/ANN