Supporters of presidential candidate Ferdinand "Bongbong" Marcos Jr. celebrate as partial results of the 2022 national elections show him with a wide lead over rivals, outside the candidate's headquarters in Mandaluyong City, Philippines, May 10, 2022. - Reuters

* PM arrives in London, to attend several events before leaving for Washington

* RM2mil worth of contraband cigarettes seized in Kepong Baru

* Major arts and culture events, festivals are back again in Malaysia 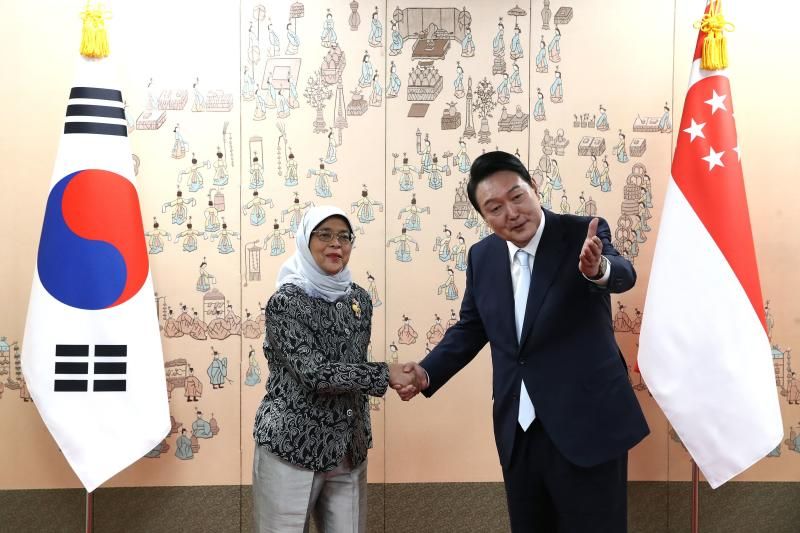 South Korea's President Yoon Suk-yeol shaking hands with Singapore's President Halimah Yacob (left) after his inauguration ceremony earlier in the day, at the new presidential office in Seoul on Tuesday, May 10, 2022. - AFP

* Delivery couriers in S’pore cheated of at least S$2,000 in job scam

* Only married couples can adopt children under Singapore's new law 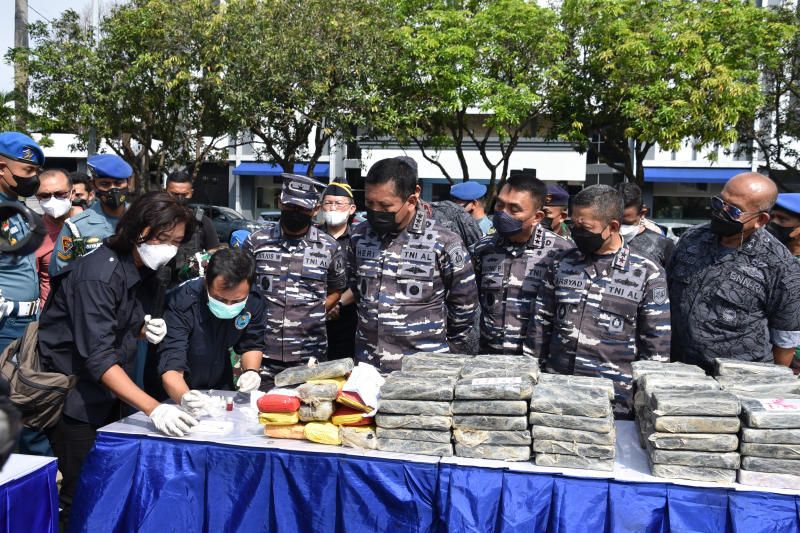 In this photo released by the Indonesian Navy, members of the National Narcotics Agency and Indonesian Navy officials check packages containing 179 kilograms (nearly 400 pounds) of cocaine worth 1.2 trillion rupiah ($82.6 million) during a media conference at the Western Fleet headquarters in Jakarta, Indonesia, Monday, May 9, 2022. Sailors deployed to secure travel during the Eid al-Fitr holiday made the country's biggest cocaine seizure so far after finding the plastic packages of the drugs floating at sea, the navy said. (Indonesian Navy via AP)

* Emerging markets: Stocks in Indonesia plunge the most in the region as Asia stocks extend losses on Wall Street weakness

* American dies after falling down slope of Mount Batur

* Thailand welcomes over 300,000 foreign tourists a week after Test & Go scheme is scrapped

* Thailand's seaplanes will land directly in front of your island resort 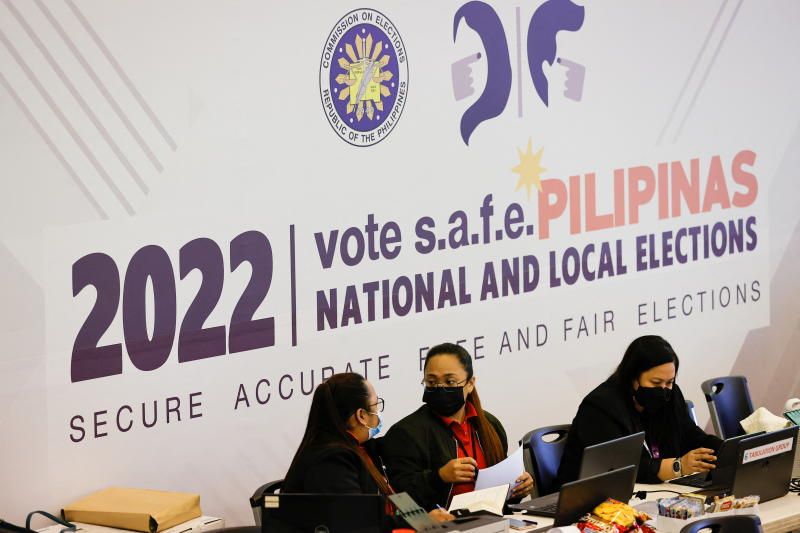 * Almost unbeatable in the ring, boxing great Pacquiao gets knock out blow in Philippine presidential polls

* Fall and rise: Marcos family back in power in the Philippines

* The people have spoken, time to unite behind winners: Inquirer contributor

* Millions head to the polls

* What’s at stake in the Philippine election? 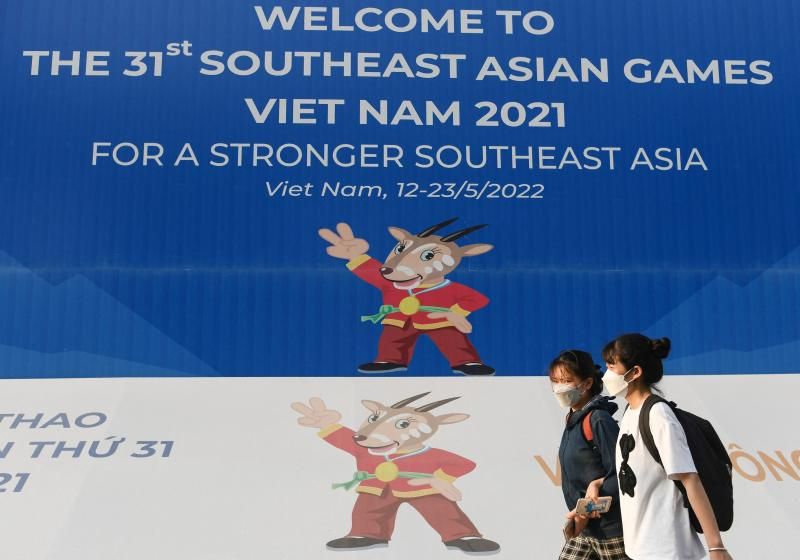 People walk past a banner for the upcoming 31st South-East Asian Games (SEA Games) in Hanoi on Tuesday, May 10, 2022. However, several events such as diving, football and rowing has already started before the opening ceremony on Thursday (May 12). - AFP 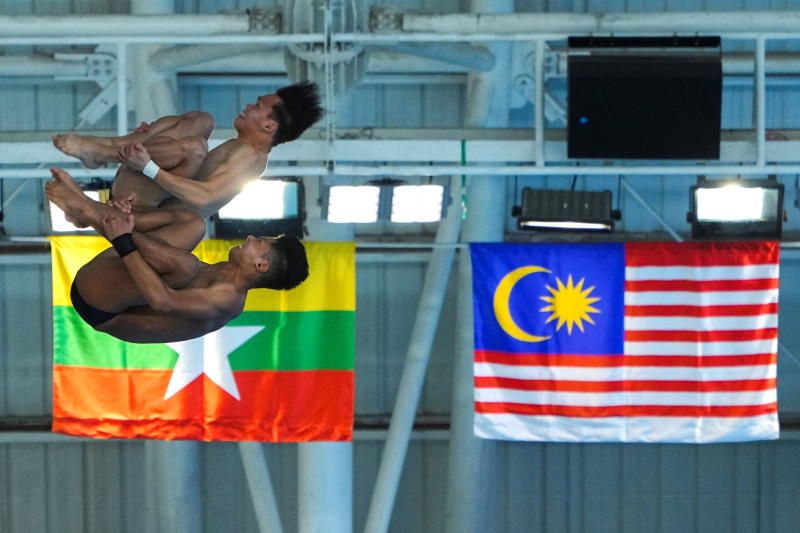 * US urged not to use summit with Asean to create rift and instability in region, says Cambodia

* Cambodia: Controversy erupts after parents say kids jailed for murder innocent and demand for their release 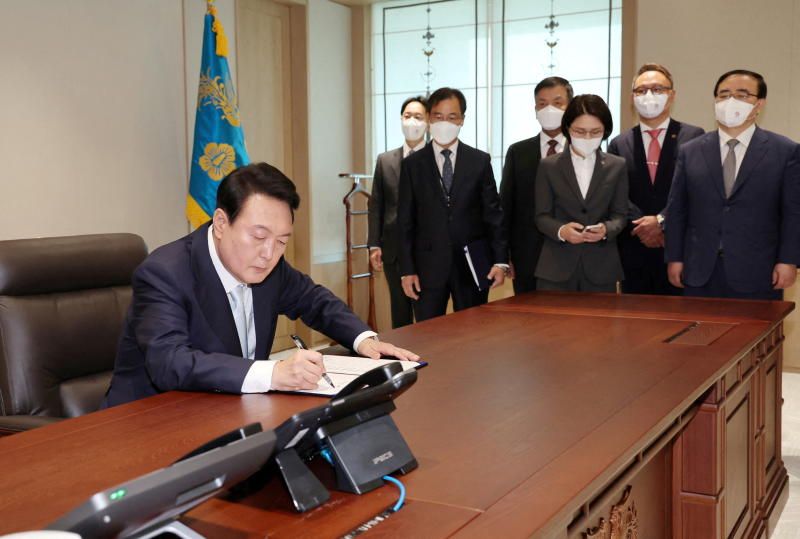 South Korea's new President Yoon Suk-yeol signing a document on his first day at the Presidential office in Seoul, South Korea, May 10, 2022. - Yonhap via REUTERS

* Minister calls on world to listen to Asian voices