BANGKOK (The Nation/Asia News Network): The Cabinet on Tuesday (May 3) approved a draft agreement to end a dispute with the Philippines over tobacco tax-evasion charges.

The draft agreement titled “Understanding between the Philippines and Thailand on agreed procedures towards a comprehensive settlement of the dispute over Thailand’s customs and fiscal measures on cigarettes from the Philippines” was proposed by the Finance Ministry.

The agreement said the Philippines would no longer resort to trade retaliation against Thailand, while investigations would be conducted. Meanwhile, Thailand agreed to proceed under the pact.

Thailand and the Philippines should talk to each other because Thailand has invested a lot in the Philippines, said a minister, whose name and position were withheld.

According to Reuters, the Thai public prosecutor filed charges in 2017 against Philip Morris Thailand and seven of its Thai employees for inaccurate price declarations of cigarettes imported from Indonesia between 2002 and 2003.

Later, on March 20, 2020, a Thai court fined the local unit of Philip Morris THB130 million for dodging tax on cigarette imports from Indonesia. The court also dismissed all charges against the seven former employees.

The ruling followed a court decision to fine the tobacco giant THB1.2 billion in November 2019 for similar customs violations regarding cigarette imports from the Philippines.

The World Trade Organisation subsequently ruled that Thailand had not met its obligations under the Customs Valuation Agreement regarding the valuation of cigarettes imported by Philip Morris Thailand from the company's subsidiaries in the Philippines and Indonesia. 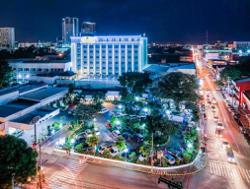