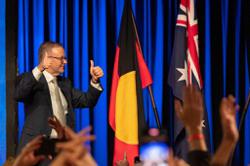 Badie Uzzaman, 26, a volunteer of Indonesian NGO Dompet Dhuafa, talks with a Covid-19 patient undergoing self-isolation as he delivers free food, in South Tangerang, on the outskirts of Jakarta on July 11, 2021. - Reuters

JAKARTA, Jan 29 (Jakarta Post/ANN): The government has said it will prioritise at-home treatment and telemedicine to treat Covid-19 patients in a bid to prevent the healthcare system from collapsing as cases start to rise across the country, partly driven by the transmissible Omicron variant.

President Joko “Jokowi” Widodo has announced that the government had prepared an array of measures, including ramping up telemedicine services, to contain the spread of the coronavirus as the country has started to record an uptick in infections.

“The most important thing is to minimize contacts to prevent further spread [of the virus].”

He added that asymptomatic patients were allowed to self-isolate in their respective houses for five days and that people who exhibited symptoms such as a cough or fever-like symptoms could access telemedicine services or pay a visit to the nearest community health center (Puskesmas).

Authorities previously projected that the country would reach the peak of the third wave between late February and early March.

Health Minister Budi Gunadi Sadikin said the government’s decision to prioritize hospital care only for severe cases of Covid-19 was driven by the characteristics of the Omicron variant, which, according to research, has shown to be more infectious but cause less severe symptoms.

“Omicron is more contagious than Delta and we will see a rapid and exponential surge of cases in the coming weeks, but most cases will be mild or asymptomatic,” Budi said in an exclusive interview with The Jakarta Post on Friday.

“So, we decided to shift our strategy to at-home treatment.”

In addition to preparing telemedicine services, the government had also imported millions of antiviral drugs for self-isolating patients, Budi said, including 400,000 tablets of Molnupiravir and more than 20 million tablets of Favipiravir.

Meanwhile, it is also in the process of importing more Paxlovid, a Covid-19 drug manufactured by Pfizer.

Budi said the government would ensure the availability of Molnupiravir and Favipiravir in pharmacies across the country, adding that the public would need a medical prescription to purchase the drugs, to prevent people from hoarding them.

On Friday, Indonesia confirmed 9,905 new Covid-19 cases – a daily caseload last seen in late August last year and an increase of more than four times from the previous week.

The government implemented a similar at-home treatment approach at the beginning of the deadly Delta-fueled second wave, which peaked in June and July of last year, as the surge of infections pushed the country's healthcare system to the brink of collapse.

Makeshift tents set up outside crowded facilities, hospital corridors overflowing with the sick lying on gurneys and infected patients being turned away from places unable to cope with the transmission surge were common sightings.

However, the strategy somehow backfired, with independent data initiative LaporCovid-19 reporting that at least 3,015 Covid-19 patients died in self-isolation or while awaiting emergency care during the pandemic’s second wave.

Experts have attributed the incident to a lack of monitoring by health professionals, arguing that government initiatives, such as free Covid-19 medication and telemedicine services for patients in home isolation without constant monitoring of patients had proven ineffective at preventing deaths.

The scarcity of resources to treat patients at home, including medicine, vitamins and oxygen supplies, also contributed to the problem.

Epidemiologist Dicky Budiman of Griffith University in Australia said preventative measures were crucial to avoiding hospitals being overwhelmed during the Omicron wave, as, according to his projection, the daily caseload could reach up to 500,000 cases a day at its peak, with around 10 to 20 percent of the cases needing hospitalization.

"Such a huge number of cases would eventually put serious strain on the country's healthcare system," he said, adding that preventative measures would be “pivotal” to prevent hospitals being engulfed by Covid-19 cases.

Dicky said the government needed to strengthen its testing, tracing and treatment efforts to stop the chain of infections as much as possible.

He also advised the government to review its curbs indicators, considering that they were designed based on the outbreak of the Delta variant last year.

While the government could stick with PPKM level 2 and avoid hard lockdown measures, he said, some adjustments, particularly regarding in-class learning and home working policies, should be tightened in accordance with the current situation.

Windhu Purnomo, an epidemiologist from Airlangga University, urged the government to designate more hospital beds for Covid-19 patients and to only allow those with moderate and severe symptoms to be admitted.

"The government should focus on preventing transmissions by ensuring adequate case finding efforts, strictly enforcing health protocols and ensuring proper use of the tracing app PeduliLindungi," he said. - Jakarta Post/ANN 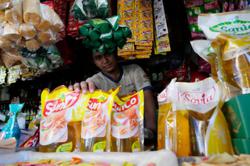