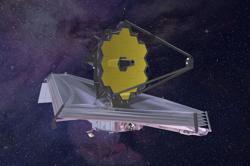 In return, Nasa paid Jarrod Chua $1,000 to modify one of his illustrations into a postcard format, to use in its public outreach efforts. - The Straits Times/ANN

SINGAPORE, Jan 22 (The Straits Times/ANN): Jarrod Chua happily indulged his hobby of drawing planet-themed comics after being issued a stay-home restriction order when he was doing his national service in June 2020.

He then put the drawings on an Instagram page called @spaceytales.

To his surprise, the account attracted about 1,000 followers in just one month and now has rocketed to more than 9,000.

Now, Chua, 22, is over the moon that his artwork has caught the eye of the National Aeronautics and Space Administration, or Nasa.

The United States space agency contacted him in July 2020 for permission to repost one of his drawings linked to Nasa's James Webb Space Telescope - a US$9 billion (S$12 billion) instrument designed to look farther into the cosmos.

A few months later, Nasa got in touch with him again, this time asking to work with him to modify one of his illustrations into a postcard format, to use in its public outreach efforts. In return, Nasa paid him $1,000.

Chua said: "At first, I was quite happy and shocked, and didn't think much of it. I thought they were just going to repost my drawing and that was it. Then it started to get more serious, and I was surprised that they wanted to pay me because I would have been happy if they didn't pay me as well."

The first-year undergraduate in the digital communications and integrated media programme at the Singapore Institute of Technology spent about a year working on the project with Nasa's public outreach department.

The postcard with his illustration was launched last month on Nasa's website.

It depicts the planet Earth using a Hubble Space Telescope to peer into the universe, and getting an upgrade with the James Webb Space Telescope, which is 100 times more powerful than its predecessor.

Chua's fascination with space began as a boy. His parents took him to the library, where he would flip through picture books about space. He moved on to astronomy-related books when he was older, and still keeps up with the latest space-related developments through online articles and podcasts.

"I just find it fascinating how it's like the final frontier for humans. I like the mystery of it and how we haven't explored so much of space," he said.

His flair for drawing led him to enrol in a business innovation and design diploma course at the Singapore Polytechnic, where he picked up graphic design.

His idea of space illustrations came about when he was browsing other space-related Instagram accounts, which were quite text-heavy.

"I thought that I could translate (content) into comics for people to be more interested in," he said. He has come up with about 100 such drawings, depicting planets having simple conversations and conveying a certain fact or theory. He takes three to four hours to complete one illustration using Adobe Illustrator.

The feedback he got was unexpected, he said. "I received direct messages from people around the world supporting what I did, asking if I sold merchandise and if they could buy a book of my drawings.

"Some pre-school teachers from overseas e-mailed me to say they liked my work and used it to teach their kids."

He hopes to compile his drawings into a children's book and explore turning his drawings of the planets into plushies, among other merchandise such as posters and keychains.

Chua's dream is to work for Nasa in its Washington headquarters, as part of its public outreach team.

"For now, I just hope to create awareness and spark some interest in space content for kids," he said. - The Straits Times/ANN 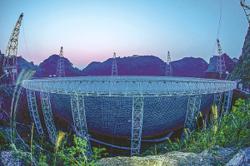