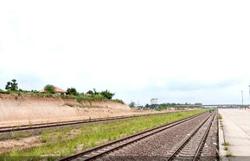 The Philippine National Railways’ abandoned train operations in Lucena, Quezon, will be revived in the Manila-Bicol railway project. - PDI

MANILA (Xinhua): The Philippine government has signed a commercial contract worth US$2.8bil with Chinese contractors to build the "fastest and longest railway" in the country that connects southern Luzon provinces, China's Ambassador to the Philippines Huang Xilian said in a statement on Tuesday (Jan 18).

The first 380km stretch of the PNR Bicol project, spanning Calamba town in Laguna province to Legazpi town in Albay province, is one of the flagship projects under the Build, Build, Build programme launched by Philippine President Rodrigo Duterte to promote infrastructure development in the country.

"Once fully operational, it will cut travel time between Metro Manila and the Bicol region from the current 12 hours by road to as short as four hours," the Department of Transportation said in a statement, adding that it could serve up to 14.6 million passengers per year.

The project is "another milestone for China-Philippine cooperation and friendship," said the Chinese ambassador, adding the cooperation is the "highest-funded" government-to-government project between the two countries.

The project is also expected to create more than 10,000 direct construction jobs each year and hundreds of thousands of jobs in related areas by driving the economic growth along the line, Huang said. 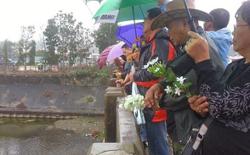