A 15-year-old COVID patient is being treated at the HCM City Children’s Hospital 2. — Courtesy of the hospital

HO CHI MINH CITY (Vietnam News/Asia News Network): The number of children under 16 hospitalised with Covid-19 in HCM City has risen recently, with many unaware of the infection until visits to doctors with flu-like symptoms such as cough and fever, according to the Department of Health.

The Covid ward at the Children’s Hospital 2 now has some 100 Covid patients who are children under 16, four times the number in mid-October.

Doctors have warned parents to be highly cautious and closely look out for symptoms of illness for timely hospitalisation.

Children with underlying medical conditions such as obesity, bronchial asthma and low birth weight, and those taking immunosuppressive drugs, malignancies and others fall severely ill if they contract Covid.

But children without underlying conditions are also at risk even of death if hospitalisation is late, according to doctors.

Dr Trương Hữu Khanh, former head of the infectious and nervous diseases department at the Children’s Hospital No.1, said lately more and more children were contracting the virus, but most cases were mild and recovery was quick.

“Only children who are overweight or obese will likely become worse when infected,” the doctor, who has become popular on social media due to his constant livestreams about Covid prevention, said.

Doctors said parents should take their children for screening and testing if they have a fever, cough or other symptoms.

The department has issued temporary guidance for Covid prevention at schools, including about sanitation and medical equipment, the pandemic safety team and health staff. It has instructed health centres to train health personnel at schools in doing rapid tests.

Schools must improve ventilation in classrooms and set up temporary isolation and medical rooms.

According to a survey by the Department of Education and Training of parents of first graders, only 29.8 per cent agreed to send their children to school under a pilot school reopening period on Dec 13 in the city.

Under the two-week pilot scheme, students from the first, ninth and 12th grade can return to school on Dec 13, while five-year-old children can go to kindergarten on Dec 20.

According to the principals of the primary schools where the survey was conducted, most parents were concerned because six-year-old children have not been vaccinated in the city. They could easily get infected and spread it to elderly family members and those with underlying diseases.

The principals said this would be a problem for schools since they could not operate without enough students.

The Ministry of Health is seeking advice from the National Steering Committee to expand the vaccination for children under 12 following World Health Organization recommendations and international experience.

Vietnam seeks to vaccinate everyone over the age of 18 by the end of the year, and also plans to administer third and fourth booster shots. 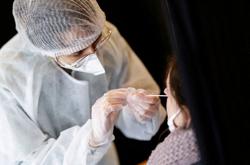 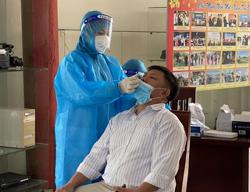