By Kathleen Magramo and Jack Tsang

A veteran engineer dubbed “Hong Kong’s Detective Galileo” has questioned the MTR Corporation’s explanation that a loose billboard component was responsible for a rare accident in which a pair of carriage doors fell off a moving train as it pulled into a busy station on Thursday.

Lo Kok-keung, 71, a mechanical engineer nicknamed after the science-loving sleuth at the centre of a series of Japanese mystery novels, has served as an expert witness in dozens of court cases since the 2000s, and told the Post on Friday that it was improbable that a blow from a loose billboard would generate enough force to knock a set of doors off of a train if they were in good working order.

“If the outer casing of the billboard was not screwed on properly and sticking out, the force of an oncoming train would knock off or damage the billboard, not the other way around,” said Lo, a retired professor at Polytechnic University’s department of mechanical engineering.

Lo said he suspected that the screws of the sliding carriage doors were loose, causing the door frame to fall off after clipping the billboard.

Thursday’s incident at Causeway Bay plunged the MTR’s Island line into chaos at the height of rush hour, prompting service suspensions at key stations, and creating a knock-on effect on road traffic as commuters looked for alternative routes home.

The MTR Corp’s chief of operating and metro segment, Sammy Wong Kwan-wai, attributed the mishap to a loose component at the bottom of a billboard installed along the tracks, saying the part had struck the doors of the passing Kennedy Town-bound train, effectively knocking them off.

As of Friday, the MTR Corp had dismantled eight similar billboards mounted on the walls of tunnels.

The billboards in question use a convertible-panel design that allows them to rotate advertisements, fitting two ads into one space.

Henry Cheung Nin-sang, chairman of the Association of Hong Kong Railway Transport Professionals, said the MTR should thoroughly investigate whether the accident, in which no one was injured, involved human error.

“The billboards should be replaced regularly, and the outsourcing contractor is responsible for the process,” Cheung told a radio show.

“Since the component might not have been installed properly, my guess is that when the train was passing by and caused a vibration, the component could have been dislodged easily.”

The MTR Corp’s Wong said the company would look into the design and condition of the specific billboard, as well as the relevant operating and replacement procedures for their use.

Wong told the same programme that the incident had nothing to do with issues related to the train’s body or its doors. 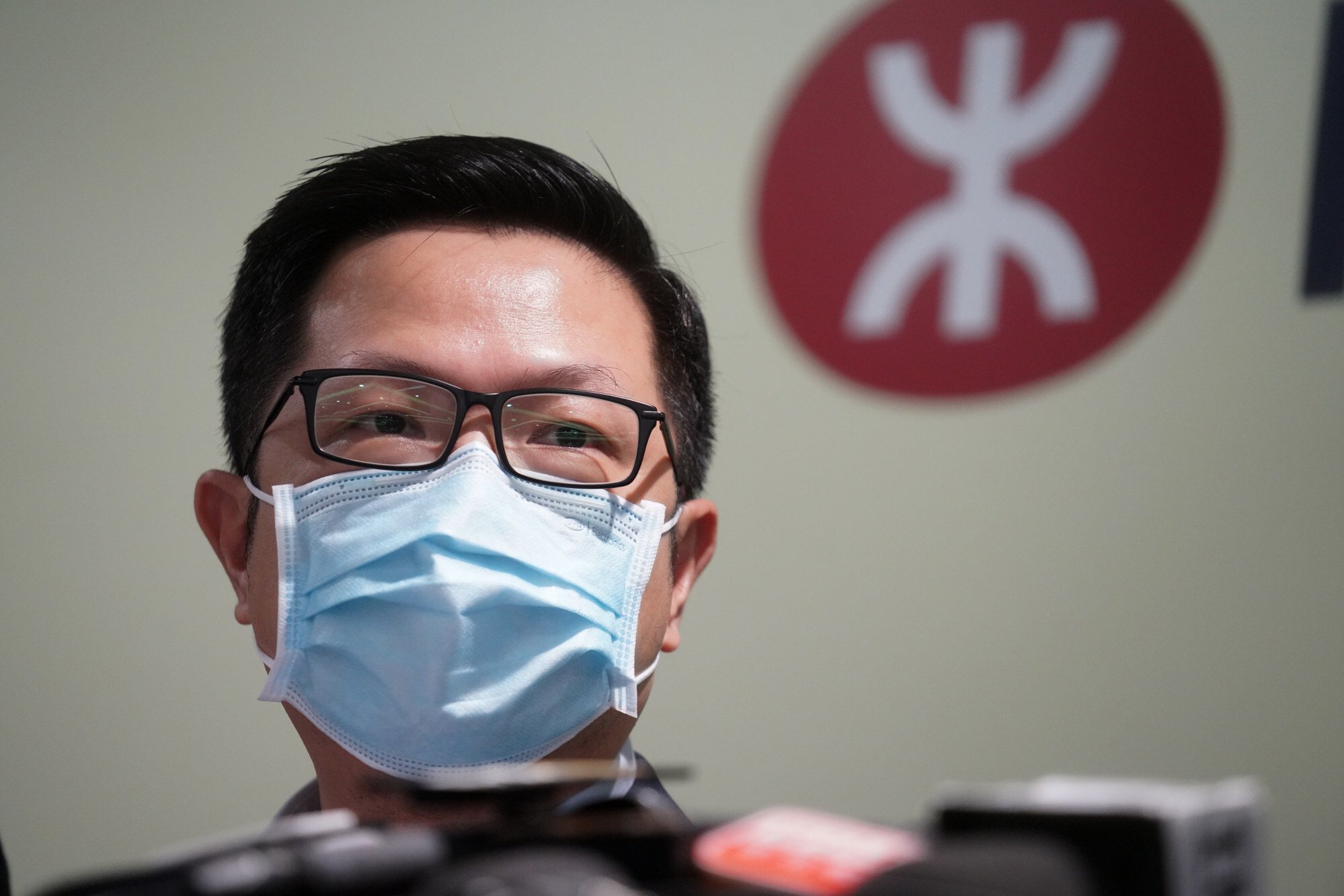 “A component at the bottom of that billboard got loose and hit the door of the train, causing the door to fall off,” Wong said.

He added that a contractor had replaced the billboard, located in the tunnel near Platform 2 of Causeway Bay station, only last Thursday.

The incident could potentially cost the rail operator more than HK$3 million (US$385,000) in fines under its performance arrangement with the government.

Hong Kong Railway Employees Union chairman Tam Kin-chiu said maintenance staff and captains inspected the carriages every day to ensure the brake systems and other elements of the trains were functioning properly. “All trains leaving the depot must have a certified train log signed off by the maintenance team and train captain, which involves checks, testing and preparation procedures,” Tam told the Post.

“The train carriage was running fine during the day and it’s impossible for the door to simply fly off.”

Tam added it was likely that the airflow in the tunnel caused parts of the billboard to come loose, or its lock had not been properly secured.

Acknowledging Thursday’s disruptions, the MTR Corp said it would credit 1,000 “MTR Points” to all registered users on its official app on Friday afternoon as a “token of appreciation” to affected passengers.

“Regarding the incident [on] the Island line yesterday evening, we are sorry that your journey might have been affected,” a statement on the mobile app said, adding that the points would be given to accounts registered on or before December 2, the day of the mishap.

Users of the app can show a QR code at MTR Mall retailers to collect points and redeem awards. For example, 800 MTR Points can be redeemed for a HK$50 coupon at women’s footwear brand Jipi Japa.