A former deputy commander of a paramilitary unit in China’s far west has been accused of corruption, state media reported this week.

“Yang, also a former standing committee member and secretary for political and legal affairs of the Communist Party committee of the corps, had betrayed his original aspirations and mission, lost his ideals and convictions, and resisted the authorities’ probe,” the report quoted anti-corruption investigators as saying in a statement.

“He interfered in judicial processes and helped others seek illegal gains in project contracting, job promotion and case handling in exchange for huge amounts of money and gifts,” it said.

In July, state media said the 64-year-old former commander was under investigation.

Xinhua said Yang’s case has been transferred to state prosecutors who will soon prepare for his trial.

The XPCC, mainly composed of settlers and retired soldiers from other Chinese provinces, is a paramilitary body that oversees Xinjiang’s economic development and security.

It runs parallel to the autonomous regional government and is under direct control of the central government. Last year, XPCC was sanctioned by the US citing alleged human rights abuses.

Besides Yang, other former security and law enforcement officials in Xinjiang have also been purged on corruption charges.

Last week, Miao Yi, secretary of the political and legal committee of Hami in eastern Xinjiang, was reported to be under investigation for corruption.

Dai Guanghui, a deputy secretary of the political and legal committee of the Xinjiang Uygur region from 2017 to 2020, was expelled from the party in March for corruption. 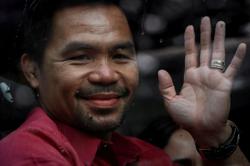