DPP Pengiran Nor ‘Azmeena Mohiddin said Masburah Matali committed offences on multiple occasions between March 4, 2017 to March 3, 2018 and between March 5-22, 2018.

Her job scope included receiving payments from companies and individuals, make weekly revenue reports and depositing the money to the bank.

Entries in two receipt books assigned to the defendant were reported to the head of the National Standard Centre as suspicious, and an internal investigation discovered out inconsistencies on balances.

A police report was lodged and the defendant was subsequently found to have misappropriated a total amount of BND11,875 over the periods.

The defendant would receive payments, issued original receipts in the same amount, but recorded lower amounts in its duplicate copies and cash book.

The defendant told investigators that she had used the money to buy fuel and pay off debts. 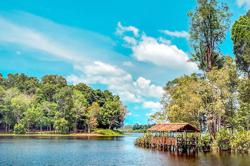