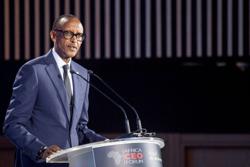 Chinese President Xi Jinping appears to be banking on the private sector to drive the next phase of China-Africa cooperation as China’s policy banks take a cautious approach to lending.

Speaking via a video link from Beijing during the Forum on China-Africa Cooperation (FOCAC) on Monday, Xi outlined nine initiatives China planned to implement in the next three years, most of them relating to providing coronavirus vaccines, growing trade and encouraging private Chinese companies to invest in Africa.

In a clear sign that the private sectors of both sides would play a bigger role in the China-Africa relationship in the next three years, Xi pledged US$30 billion for trade finance to grow imports from Africa, provide credit facility to African financial institutions to lend to small and medium enterprises in African countries and would share part of its International Monetary Fund’s special drawing rights (SDR) with African countries.

China would also encourage Chinese firms to invest a further US$10 billion in Africa.

Since FOCAC was established 21 years ago, Beijing has consistently increased funding for Africa’s infrastructure. In 2006, China advanced US$5 billion during the Hu Jintao era and the amount had more than doubled by the time Xi became president in 2013.

During the 2015 FOCAC meeting in Johannesburg, Xi pledged US$60 billion and when the gathering was held in Beijing in 2018 he pledged a similar amount to finance Africa’s infrastructure. Under the belt and road strategy, China has funded the construction of highways, railways and power plants across Africa.

But this year’s FOCAC meeting in Dakar, which started on Monday and closes on Tuesday, bucks the trend.

Deborah Brautigam, a professor of international political economy at Johns Hopkins University and founding director of the China Africa Research Initiative (CARI), said the “huge pledges of loans for infrastructure have completely dried up”.

“Beijing is also reluctant to advance funds out of its resources at a time when Chinese citizens are hurting from the pandemic. So, no pledges of grants either,” Brautigam said.

US ramps up vaccine diplomacy, China ramps up donations. What happens next?

She said there was no direct Chinese support given to African governments in this FOCAC pledge. “It’s all about the private sector – trade, private investment, small and medium enterprises,” Brautigam said.

In the recent past Chinese lenders, including the policy banks – Exim Bank of China and China Development Bank – have become more cautious and are now demanding bankable feasibility studies amid debt distress in the continent.

For instance, China Exim Bank had initially agreed to fund Kenya’s railway line that would run from Kenya’s coastal city of Mombasa to Malaba at the border with Uganda. It funded the first leg of the railway from Mombasa to Nairobi for US$3.2 billion and an extension to Central Rift Valley in Naivasha for US$1.5 billion. Then the project stalled. The next stage to Kisumu and on to the Malaba border crossing with Uganda is now on hold.

The bank asked Kenya to redo a study to prove its commercial viability. That was in 2018, during the FOCAC meeting in Beijing.

Similarly, Uganda has yet to secure funding from the same bank for its part of the project amid growing criticism from the West that China was burdening African countries with debt that they would struggle to repay.

On Monday, Xi said he would encourage Chinese companies to invest US$10 billion in Africa over the next three years and establish a platform for China-Africa private investment promotion.

Also, Beijing would provide US$10 billion in trade finance to support African exports, which are dominated by raw materials, such as copper and oil.

He said China would open “green lanes” for African agricultural exports to China, speed up inspection and quarantine procedures and further increase the scope of products enjoying zero-tariff treatment for the least developed countries that have diplomatic relations with China. China’s target is for total imports from Africa to reach US$300 billion in the next three years.

He also said China would provide US$10 billion in credit facilities to African financial institutions, support African small and medium enterprises on a priority basis and establish a China-Africa cross-border yuan centre.

Brautigam lauded China for putting a US$10 billion special drawing rights transfer on the table, saying China obtained US$29.2 billion of new SDRs in August 2021 while the US got US$79.5 billion.

“The Biden administration could have supported reallocating American SDRs to poor countries in Africa and elsewhere, but they’ve been silent. It’s a missed opportunity,” she said.

Yun Sun, director of the China programme at the Stimson Centre in Washington, said that compared to China’s commitments from previous FOCAC meetings, “the number this time is underwhelming”.

But given the Covid-19 factor, China’s economic slowdown and belt-and-road fatigue, it was understandable, she said.

“China in the past had been increasing its financial commitment to Africa steadily every three years at FOCAC – that trend simply is unsustainable,” Sun said.

Xi’s 1 billion coronavirus vaccine promise was the highlight of the day at a time when most African countries have not been able to get enough to inoculate their populations.

Sun said the disparity in global vaccine distribution was a key issue. “Without sufficient vaccination in Africa, no one is safe,” she said.

Vaccine was also what Africa needed most and could not resume its economic activities and trade without it, Sun said.

“Combating Covid-19 is really the key to most problems now. China’s promise also makes it stand out among all donors.”

Mark Bohlund, a senior credit research analyst at REDD Intelligence, said Xi’s speech was in line with trends in China-Africa relations and expectations of “emphasising trade and investment rather than lending pledges”.

He said China had already contributed significantly towards Covid-19 vaccinations in Africa. He said the pledge of a further 1 billion doses was substantial and would put pressure on Africa’s European and American partners to make similar contributions.

However, Bohlund said “the trade finance and targets for Chinese imports of African goods are unlikely to be met” because they would be subject to checks and other requirements but they should still support greater African exports over the medium to long term.