JAKARTA (Xinhua): Indonesia on Tuesday (Nov 30) confirmed 297 new Covid19 cases, raising its tally of infections to 4,256,409, according to the country's Health Ministry.

The ministry reported that the death toll from the virus in the country rose by 11 to 143,830, while 324 more people recovered during the past 24 hours, bringing the total number of recoveries to 4,104,657.

Indonesia started mass Covid-19 vaccinations on Jan 13 after the authorities approved the emergency use of the Chinese Sinovac vaccine.

More than 139.36 million people have received their first doses of vaccines, while over 95.47 million have taken the second doses.

Indonesia has administered over 236.06 million doses, including the third booster jabs. 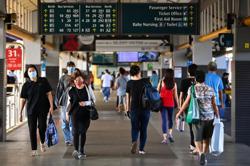