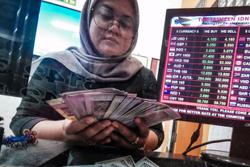 KUALA LUMPUR, Nov 28 (Bernama): The ringgit is projected to stay weak next week as the increasing Covid-19 cases with a new variant and likelihood of the US Federal Reserve to accelerate the tapering pace are set to provide a strong support for the US dollar.

Sell-off in the domestic currency market has continued for the ninth straight day on Friday (Nov 26).

Bank Islam Malaysia Bhd chief economist Mohd Afzanizam Abdul Rashid said he expected sentiment for next week will not be much different.

He said key data points such as the US Institute for Supply Management Indices, Non-farm Payroll (NFP) and the jobless rate will be closely monitored.

On Dec 1, the Federal Reserve will release the latest US Beige Book Report on current economic conditions.

"So far, the US economy has been cruising quite well. This could motivate the Fed officials to consider removing the monetary policy accommodation as an immediate priority.

"Also, we shall see how the Organisation of the Petroleum Exporting Countries and allies would decide on the production quota especially in the context higher supplies following the release of petroleum reserves from key countries such as the US and China," he said.

It was also reported that a new COVID-19 variant was found in South Africa. The heavily mutated variant is known as B.1.1.529.

Hence, he said, any movement would be in a tight range for the ringgit.

The local unit was also traded lower against other major currencies compared to the previous Friday. 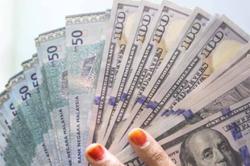