US will not join CPTPP, but pursue specific trade tie-ups with allies: Gina Raimondo 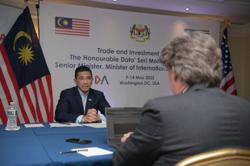 The US remains very serious about engaging economically with the Indo-Pacific region, said US Secretary of Commerce Gina Raimondo. - AFP

SINGAPORE (The Straits Times/Asia News Network): The United States will not join the Comprehensive and Progressive Agreement for Trans-Pacific Partnership (CPTPP) now for various reasons, but it is pursuing other partnerships with its allies in specific areas such as supply chains.

Such partnerships are less constrained than a traditional free trade agreement (FTA), and the US remains very serious about engaging economically with the Indo-Pacific region, said US Secretary of Commerce Gina Raimondo at the Bloomberg New Economy Forum on Wednesday (Nov 17).

Raimondo, who began her visit to Asia on Monday with a series of meetings with the Japanese government and business leaders, said that US President Joe Biden was "crystal clear" when he said America is back. He meant it is back with the US' allies and back in this region, she added.

"And when we talk about topics, it's broader in some ways... for example, working together to make sure that we and our allies in this region have redundant and secure supply chains. We can talk specifically and somewhat more flexibly about partnerships."

She highlighted other areas such as semiconductors, decarbonisation, inter-operability in digital trade and technological standards, which tend to be left out of traditional free trade pacts.

Where the US' interest lies, she said, is working with allies in a fast-growing region where 940 million people will enter the middle class in the next seven to 10 years.

Raimondo said: "So this isn't about China. This is about developing robust commercial and economic relationships with our partners in the Indo-Pacific, where we have had a robust relationship for a long time.

"But for the past few years, the elephant in the room is that America has been largely absent... and there seems to be a strong pull to have us back."

In September, China formally moved to join the 11-member trade pact. The issue has also become complicated by Taiwan's subsequent application, which has divided members.

As to the US' role in artificial intelligence (AI), Raimondo said AI will fundamentally change every aspect of the economy, from logistics and biotechnology to healthcare.

Countries must first get it right in how they regulate this area, and they should exercise sensibility and flexibility, she said.

"But secondly, we absolutely have to make sure that like-minded partners, who share values around anti-discrimination, privacy and human rights, are together writing the rules.

"We share the same values, so we should be writing the rules of the road. We should be setting the tech standards and governance models for the appropriate and safe use of AI."

She added that the application of these rules ought to be "case-specific". For example, AI applied to biotechnology will be different from AI applied to logistics.

She said: "So it's enormously complex. The trick is to use case-specific, industry-specific flexibility."

She also said there is no contradiction between creating good quality jobs in the US, and remaining open to the world.

Likewise, the onshoring of production such as semiconductor chips does not mean that the US thinks everything can be domestically produced, she added. Nor do recent tougher antitrust moves mean that the country is against competition.

The US Senate on Tuesday confirmed that Jonathan Kanter, a corporate lawyer and Big Tech critic, will take on the top antitrust role in the nation, the latest action in efforts to curb the power of Silicon Valley giants.

"Competition is what has formed the basis of such a successful, innovative and vibrant economy. And so whether it's Big Tech or any other big company, if they are anti-competitive that hurts competition, that hurts start-ups, that snuffs out innovation," said Raimondo, adding that policies should encourage innovation and business growth.

"Having said that, we cannot continue to have a vibrant democracy or entrepreneurial scene with this concentration of power or wealth... Obviously we have to move towards a more inclusive equal form of capitalism where businesses are successful, but workers are also successful."

She said that the same applies to the green transition, which if done right will create millions of jobs.

The challenge is to bring everybody along, she added, because the reality is that those in coal-intensive communities will get nervous about losing their jobs.

"So it's on us to have a just transition and make sure that everybody is included." 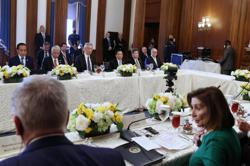 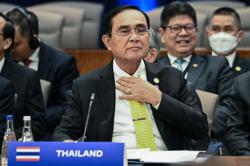