China responds to criticism at WTO over trade policies 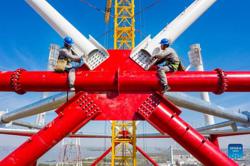 BEIJING (The Straits Times/Asia News Network): China has pushed back at criticism levelled during last week's World Trade Organisation (WTO) trade policy review, saying many of the points raised were beyond the ambit of the organisation's trade rules and were "unreasonable, unfair and unacceptable".

Over two sessions last week, fellow WTO members including Australia, Canada, Japan and the United States took the floor to air their grievances against China's trade practices. Among other things, they referred to preferential treatment for state-owned firms, coercive trade practices and not following through on commitments.

During a press briefing in Beijing on Thursday (Oct 28), Vice-Minister for Commerce Wang Shouwen said China's state-owned entities operate like any other company that has "independent operations in accordance with the provisions of the (Chinese) Constitution".

According to a report written independently by the WTO secretariat for the review, China's state trading firms have the exclusive right to import or export 12 products, including wheat, rice and crude and processed oil.

Wang added that the country has also opened up its market more to foreign investment, independent of WTO requirements, although there are still restrictions on where foreign entities can invest, a common practice in many other countries.

"We understand the desire of some countries that China should further relax investment access.

"However, criticising China in this way and saying that China has not fulfilled WTO regulations... is unreasonable, unfair, and unacceptable," he said in response to a question from The Straits Times.

"China is willing to deal with this issue through free trade agreements and bilateral investment agreements," he said, citing its recent application to join the Comprehensive and Progressive Agreement for Trans-Pacific Partnership (CPTPP).

China's membership is dependent on unanimous agreement by all 11 CPTPP members and it is noteworthy that tensions currently exist between Beijing and at least three of them - Australia, Canada and Japan.

Addressing the issues raised by its major trading partners at last week's trade policy review, Wang said China took their concerns seriously but did not accept criticism on issues that fell outside the scope of WTO commitments.

China also called for the removal of farm subsidies in some developed countries, saying that they were "unfair rules that disrupt international trade".

During last week's policy review, the US said China's industrial policies skewed the playing field against imported goods and services.

When China acceded to the WTO 20 years ago, there was expectation that the country would reform its internal systems and move towards more open, market-oriented policies, said David Bisbee, the charge d'affaires at the US mission in Geneva.

"Instead, China has used the imprimatur of WTO membership to become the WTO's largest trader, while doubling down on its state-led, non-market approach to trade, to the detriment of workers and businesses in the United States and other countries," he added.

Sixty-five WTO members took the floor during the review to give their comments on China's trade policy, including major trading partners Australia, Britain, Canada and the European Union. All four also called on the world's second-largest economy to further open its market.

The review usually occurs once every four years but bigger WTO members like China have to undergo them every two years.

Notably, China has faced more criticism this time around, as it is mired in trade disputes with several member states. 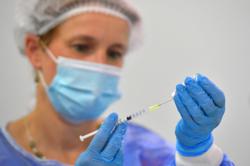 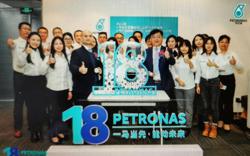