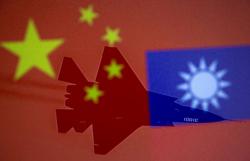 Pharmally Pharmaceutical Corporation president Huang Tzu Yen is one of the men at the centre of a Philippine senate investigation.- SENATE OF THE PHILIPPINES

SINGAPORE (The Straits Times/Asia News Network): A Singaporean businessman is being accused of "planned plunder" and allegedly profiteering from the pandemic by inflating prices of medical supplies in the Philippines.

Huang Tzu Yen, the 31-year-old president of Pharmally Pharmaceutical Corporation, is one of the men at the centre of an ongoing investigation by the Philippines' Senate Blue Ribbon Committee.

The probe involves transactions between the country's Department of Health, Procurement Service - Department of Budget and Management and Pharmally.

An online search showed that the company sells large volume injections and pharmaceutical raw materials, with a focus on the Asian and Asia-Pacific markets.

The company has an address in Taiwan.

As Covid-19 swept across the globe around March last year, the Philippines government turned to Pharmally for medical supplies such as test kits, face masks and other personal protection equipment (PPE).

But Pharmally allegedly did not have stock of PPE, and did not have money to buy the supplies it was obligated to deliver.

It purportedly had to borrow money from a Chinese businessman.

The senate probe uncovered how Pharmally bought supplies from TigerPhil Marketing Corporation, a local provider of the medical supplies.

It is alleged that TigerPhil was also acting as a middleman. It bought the supplies from Greentrends Trading International, a company incorporated in the Philippines, and then sold them to Pharmally.

As the goods moved from company to company, the prices were marked up significantly, with the middlemen allegedly profiting off the increasing demand for pandemic supplies.

One such transaction last March was detailed during the senate probe.

Greentrends is said to have sold TigerPhil 500,000 masks at 18 pesos each, and the company then sold the masks to Pharmally at 23.9 pesos each.

The Philippines government eventually paid Pharmally 27.72 pesos for each mask.

Aside from allegedly inflating prices, Pharmally is said to have provided defective medical supplies and tampered with the expiry dates on the goods' manufacturing certificates.

Huang has been appearing virtually before the senate since last month.

He told the committee that he is currently in Singapore, and gave the address of a unit in Marina One Residences.

However, based on his business records, he is linked to a residential address of a condominium unit in the Orchard Road area.

During the hearings, Huang denied allegations of corruption. He later issued a public statement reiterating this.

"All our business dealings are above board," he said.

"It's unfortunate that our start-up business had been unfairly prejudged in spite of the fact that we were the only company that was prepared to meet the requirements of the Philippine government in dealing with the Covid-19 pandemic."

The chairman of the committee, Senator Richard J. Gordon, said what the middlemen did was "planned plunder" of public funds.

Huang and his father are both wanted in Taiwan for alleged stock manipulation, according to Taiwan's Ministry of Justice Investigation Bureau, which has listed them as fugitives.

When asked about this during the hearing, Huang said he only knew about the arrest warrant through online reports in March this year, and does not know where his father, Mr Tony Huang Wen Lai, 60, is.

Checks by The Straits Times found that the younger Huang is the director of four companies here.

Pharmally Asia, which trades in pharmaceutical products, has the same registered address in Chinatown Point as Strongbox.

The older Huang is also registered as a director of Winsta and Pharmally Asia, with the same residential address as his son.

However, his nationality is stated to be Ni-Vanuatu, indicating that he has citizenship in Vanuatu, a nation in the South Pacific with a population of about 300,000 people.

The younger Huang claimed they have been estranged since early last year, and have not seen each other since.

Earlier this month, more than 300 doctors and medical leaders in the Philippines signed a document, published in the Philippine Daily Inquirer, calling for an end to an alleged corruption-ridden pandemic response.

The medical leaders also called for criminal prosecution against those found by the senate to be corrupt.

The committee is expected to release its initial findings some time this week.