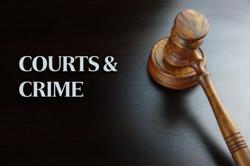 The woman allegedly knew from as early as 2010 that her son was sexually abusing his sister. -ST FILE

SINGAPORE (The Straits Times/Asia News Network): A woman appeared in a district court on Monday (Oct 25) as she is accused of failing to take steps to protect her daughter from being sexually abused by her son.

The Singaporean woman, now 43, and all other parties linked to this case, cannot be named due to a gag order to protect the daughter's identity.

She now faces two charges under the Children and Young Persons Act and three counts of intentionally omitting to give any information on the sexual offences against the girl.

In January last year, the man, who was then 22 and a diagnosed paedophile, was sentenced to 11½ years' jail and seven strokes of the cane after he pleaded guilty to one charge each of molestation and statutory rape.

Seven other charges for sexual offences were taken into consideration.

When he was 13, he started sexually abusing his younger sister, then five, when he felt the urge to perform the acts depicted in pornographic animations that he watched online.

He was 20 years old when he had sex with his sister, then 12, while his mother and younger brother slept in the same bedroom.

The court heard on Monday that in 2010 and 2017, the mother allegedly omitted to give any information about the sexual offences committed against her daughter.

Between June and September 2017, the mother is said to have "knowingly permitted" her son to ill-treat her daughter.

The woman allegedly knew from as early as 2010 that he was sexually abusing his sister and that the girl was at risk of further acts of abuse.

The mother is accused of failing to take steps to protect her daughter from such risks.

Her case has been adjourned to Nov 15.

For each charge under the Children and Young Persons Act, an offender can be jailed for up to four years and fined up to $4,000. 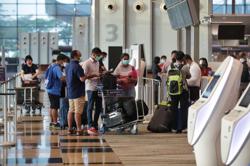