BANGKOK, Oct 24 (The Nation Thailand/ANN): The Bank of Thailand (BOT) and the Thai Bankers Association (TBA) have announced that all the money hackers stole from people’s bank accounts has been returned.

Scammers hacked into 10,700 debit cards and stole a total of 130 million baht between October 1 and 17. But it has been confirmed now that the entire sum has been returned.

As for credit cards that were hacked, they have been frozen, though the cardholder is not required to pay for either the false transaction or the interest incurred.

To avoid a repeat, BOT and TBA are planning to add additional verification measures such as one-time password (OTP) for online transactions, especially if the goods and services are being bought from an overseas merchant.

In another online case, two Thai women were arrested on Saturday (Oct 23) for allegedly running an online gambling network from a luxury condominium in Bangkok’s Huai Khwang district.

APolice Cyber Taskforce (PCT) team showed up at the condo unit armed with a search warrant from the Criminal Court. The room allegedly served as the headquarters of a network that runs gaming websites like “Sk88Kky” and “DVA24”.

The websites, which have a large number of subscribers, use an automatic system to deposit and withdraw cash from Thai bank accounts.

The investigators began by placing bets and found the websites had marketing staff at the ready to lure gamblers.

In the raid, police arrested two women, one of whom was identified as Kanyakorn (last name withheld). She is 28-years-old and allegedly works as a supervisor for the operation. Police also seized electronic devices and equipment valued at more than 120,000 baht. - The Nation Thailand/ANN 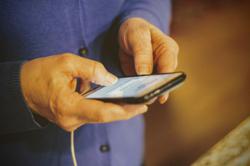