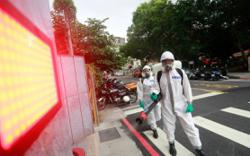 The National Taskforce for Covid-19 Prevention and Control reported that 3,637 tests were conducted across the country over the last 24 hours, with 285 new cases confirmed.

There were 280 cases of community spread and five imported cases across the country.

In Luang Prabang Province, a total of 101 cases of community spread were recorded, with five cases in Nambak District.

In Luang Prabang City there were 60 cases.

Pak Ou District saw 35 cases connected to a civil servant who held a baci ceremony for his son and a funeral for his wife, while Ngoi District saw one case.

In Bokeo Province there were three cases, in Houayxay District.

In Savannakhet Province, there were 15 cases, including 11 in Kaysone Phomvihane City and four in Outhoumphone District.

In Vientiane Province, there were 17 cases recorded, with two in Keooudom, three in Vangkham, and 12 in Phonhong District.

Champasack Province saw 12 cases today, with three in Pakse City, seven in Pachiangchaleunsouk, and one in Phonthong District.

Khammouane Province saw 24 cases, all are employees from the Lao Khaiy Yuan Company.

Meanwhile, 517 people recovered and were discharged from hospitals around the country on Monday (Oct 18). 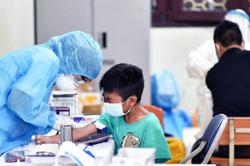 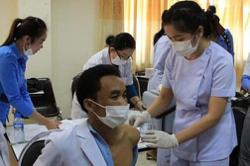