Under detention: A filepic showing Fenster working out of his van that he turned into a home/office in Detroit. — AP

AN American journalist detained almost five months in military-ruled Myanmar is being prosecuted for an offence allegedly carried out by a news service for which he had stopped working more than half a year previously, his lawyer said.

Danny Fenster was detained at Yangon International Airport on May 24 as he was about to board a flight to go to the Detroit area in the United States to see his family.

He is the managing editor of Frontier Myanmar, an online news magazine based in Yangon, Myanmar’s biggest city.

Media groups and the US government have called for Fenster’s release. He is among about 100 journalists detained since a Feb 1 military takeover ousted the elected government of Aung San Suu Kyi.

More than half have since been released, but the media remain under tight restrictions.

Fenster had worked until July last year as a reporter and copy editor for the online news site Myanmar Now, and joined Frontier Myanmar the following month.

As popular resistance to the military takeover grew, Myanmar Now, along with several other media outlets, had its licence revoked in early March.

It was banned from publishing on any platform but has continued to operate clandestinely online.

Fenster’s lawyer Than Zaw Aung said the judge on Friday’s pre-trial hearing told his client that after Myanmar Now had its licence revoked, it continued to post stories about the activities of organisations opposed to the military takeover.

Those groups – the Civil Disobedience Movement, the Committee Representing Pyidaungsu Hluttaw and the National Unity Government – were all established after the army seized power.

They have been declared illegal.

Contacting them and publishing their words is punishable by two to three years’ imprisonment under the Unlawful Associations Act, which Fenster was formally charged under earlier this month.

The judge said Fenster had been sought in connection with Myanmar Now’s activities, together with its chief editor Ko Swe Win.

Fenster had already been charged with sedition for allegedly spreading false or inflammatory information.

That offence is punishable by up to three years in prison.

Details of his case are scarce and the hearings at the court at Insein Prison, where Fenster is jailed, are closed to the press and the public.

Military spokesman Major-Gen Zaw Min Tun said last month that “Danny Fenster did more than just what a journalist does”.

“It is disappointing that the prosecution is still alleging that Danny was working for Myanmar Now in March 2021, when in reality he had resigned seven months earlier to join Frontier,” Thomas Kean, Frontier Myanmar’s editor-in-chief, said on Friday in a text message.

“It just underscores again why he should never have been arrested in the first place and why the charges should be dropped immediately so that Danny can go home to his family.”

Lawyer Than said the defence and prosecution both submitted their arguments on whether bail should be allowed in the sedition case, with a ruling expected at the next court session on Oct 27.

He said Fenster was in good health. — AP 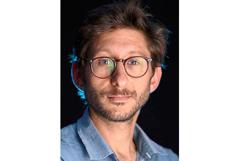