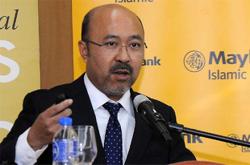 JAKARTA (The Jakarta Post/Asia News Network): Cloud kitchen businesses have become very bullish over their growth prospects in Indonesia after Covid-19 mobility restrictions triggered a food-delivery boom in the country.

“This is an emerging market and a lifestyle that will be more ubiquitous,” Abraham said during a conference hosted by Tech in Asia on Wednesday (Oct 13).

He went on to say that Indonesia's food-delivery market grew at a 50 per cent compound annual growth rate (CAGR) over the last five years, significantly higher than the 7 per cent CAGR of traditional restaurants.

Over the next five years, the food-delivery market is expected to grow at a 35 per cent CAGR to triple its current size.

Established in 2019, Hangry currently has 50 cloud kitchen outlets across Jakarta.

Management consulting company Redseer data show that cloud kitchens only require half of the upfront capital needed to establish a dine-in restaurant. The firm predicted that internet kitchens would attract 1.4 times more new restaurants in South-East Asia by the end of this year, compared with 2019, propelled by rising food-delivery demand during the pandemic.

“The segment could see some strong winners emerge over the next two to three years,” the report stated. Indonesia currently has two major cloud kitchen players, Gojek and Grab, which operate via their food-delivery arms GoFood and GrabFood, respectively.

GrabFood developed its ghost kitchen business GrabKitchen in 2018 and operated 48 branches throughout Indonesia as of last year.

“Indonesia is the right market for us to enter,” said RebelFoods cofounder Ankush Grover during Wednesday’s conference.

“There is a big opportunity and we want to focus on Indonesia at least in the next couple of years.” He also said that the company’s performance outside of Greater Jakarta was “more bullish” than India’s tier 2 and 3 cities.

While barriers to entry existed, players could get ahead of competitors by localising and personalising their offerings. The latest to join the cloud kitchen craze is restaurant operator Ismaya Group with the launch of Legit Group on Feb 1 this year.

Legit Group received $3 million in funding from East Ventures and AC Ventures in September after the virtual restaurant company saw its revenue grow 61 per cent from June to July. 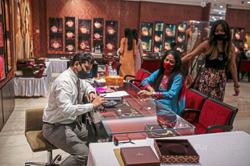