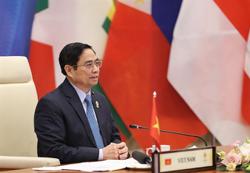 HANOI, Sept 26 (dpa): Vietnam has protested China sending its biggest warplane to disputed islands in the South China Sea in a move that Hanoi describes as seriously infringing on its maritime sovereignty and violating international laws, Vietnam's Foreign Ministry said.

The protest was sent on Thursday (Sept 26), the ministry further added.

"China's actions have violated international law, contrary to the agreement, the basic principles guiding the settlement of maritime issues between Vietnam and China, increasing militarisation, going against the Declaration on the Conduct of Parties in the South China Sea as well as efforts of countries in negotiating a Code of Conduct in the South China Sea," Foreign Affairs Ministry spokeswoman Le Thi Thu Hang said at a press briefing.

Hang also called on China to respect Vietnam's sovereignty, cancel and not repeat such similar wrongful actions that escalate and complicate situations, she added.

China’s South Sea Fleet on Saturday sent its massive Y-20 warplane to Mischief, Subi and Cross Reefs to pick up its troops stationed there and bring them back to land.

Beijing claims almost all of the South China Sea as its territory and has built artificial islands with military-capable facilities over reefs and outcrops in the area, which are also claimed in part by Vietnam. - dpa 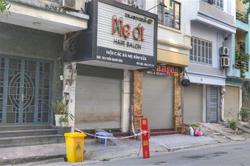