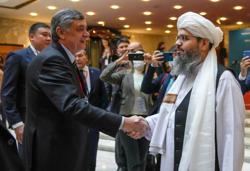 China on Wednesday called on the United States to unfreeze assets in Afghanistan, while expressing gratitude to the Taliban-controlled government for guaranteeing the security of Chinese investments in the nation.

Chinese Foreign Ministry spokesman Zhao Lijian said the assets belonged to Afghanistan, and the US should accept the legitimate demands of the nation.

“The US should give up the path of sanctioning, and should not create obstacles for the peaceful reconstruction and economic development of Afghanistan,” Zhao said in a daily press conference.

The US has reportedly frozen US$9.5 billion Afghanistan central bank assets, following the takeover of Kabul by the Taliban.

The World Bank and the International Monetary Fund also halted aid to Afghanistan and the Taliban asked nations such as China to help with reconstruction.

During a meeting on Tuesday, Wang also expressed the hope of establishing “a broad and inclusive political framework” in the war-torn country following the United States’ withdrawal and the Taliban’s subsequent military victory.

“Ambassador Wang thanked the Afghan side for its efforts to safeguard the property of Chinese citizens and Chinese enterprises in Afghanistan and the security of the embassy,” the Chinese embassy said in a statement on Wednesday.

Crisis stalks Afghanistan, one month after fall of Kabul

Wang also reaffirmed Beijing’s support for the independence and sovereignty of Afghanistan and reiterated offers of vaccines and humanitarian aid to Afghanistan. He added China was “willing to work together with the international community to help Afghanistan tackle terrorism to ensure the stability and economic development in the country”.

Muttaqi responded by saying the government was “willing to continue to improve the governance capacity with the help of China and the international community ... to better combat terrorism” and would not allow any forces to use its territory to harm interests of China or any other country, the Chinese readout said.

The latest meeting was held at a time when the Taliban-controlled government sought to shore up its finances as the country faces a looming economic crisis.

The Taliban has declared China to be Afghanistan’s “most important partner” to rebuild, and earlier last week Taliban spokesman Zabiullah Mujahid said the new government wanted to take part in the China-Pakistan Economic Corridor, or CPEC, a $50 billion flagship programme under China’s Belt and Road Initiative.

Afghanistan is a member of the multinational Chinese strategy, with the first official memorandum on their partnership signed in 2016, but little progress was made because of the volatile situation in the country.

Since the Taliban took over Kabul a month ago, Beijing – deeply fearful of the spillover effect of Afghanistan’s instability – has taken a cautious strategy with its central Asian neighbour.

Even though China was among the first major powers to establish contact with the largely isolated Taliban before it had taken control of most of Afghanistan, Beijing has not yet officially recognised the Taliban-controlled government. But China said it was willing to keep up communication with Kabul after the Taliban was named an interim government.

And in a move that is widely seen as part of Beijing’s effort to fill the void left by the US, Beijing announced it would donate 200 million yuan (US$31 million) worth of aid, including food and coronavirus vaccines, to Afghanistan. 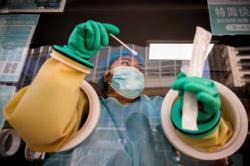 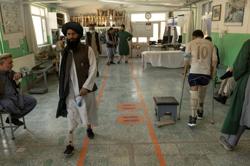