The move comes nearly a year after Bank Indonesia (BI) and the People’s Bank of China (PBOC) inked a memorandum of understanding on the matter.

BI reported on Monday that the mechanism was expected to benefit businesses as it would reduce transaction costs, provide alternative financing in local currencies for trade and direct investment, create more options for hedging and diversify currency exposure in cross-border transactions.

“Expanding the use of the LCS is expected to support the rupiah’s stability by reducing dependence on certain currencies in the domestic foreign exchange market,” BI reported in a press release on Monday.

The inception of the rupiah-yuan facility follows a similar framework put in place with Japan, Malaysia and Thailand as Indonesia seeks to reduce its dependence on the US dollar, which currently is used for most of the archipelago’s international trade.

In July, the country’s exports to China rose by 36.4 per cent year-on-year (yoy) to US$3.71 billion, and imports were up nearly 37 per cent at US$4.41 billion, Statistics Indonesia (BPS) data show.

Handojo Wibawanto, the corporate marketing director of state-owned Bank of China’s Jakarta office, said last month that the use of the yuan in transactions between Indonesia and China included a variety of sectors and accounted for some 10 percent of bilateral trade.

China, excluding Hong Kong, also accounted for 10.7 per cent of total realized foreign direct investment (FDI) in Indonesia in the first half of the year, making it the third-largest source country, according to data from the Investment Ministry.

The ACCD are banks that have experience in facilitating trade and direct investment transactions and good relationships with their Chinese counterparts.

There are eight ACCD banks in China, including Bank of China and Bank Mandiri’s branch in Shanghai. - Jakarta Post/ANN 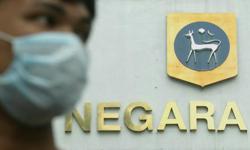 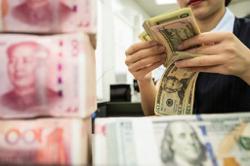