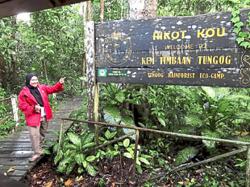 Cu Da Village is a unique cultural space with many ancient houses. - VNS

HANOI (Vietnam News/Asia News Network): Nestling just 20km from Hanoi to the southwest, Cu Da Village is a unique cultural space with many ancient houses that are still well-preserved with their original architecture intact.

The village in the outskirts district of Thanh Oai also has a reputation for its vermicelli and traditional soy sauce.

Then, wealthy businessmen of the village like Cự Doanh, Cự Chân, Cự Phát, who were owners of textile mills, factories and wholesale markets of Hanoi around 1920-1940, brought French architecture to the rural village.

The precise age and history of this village is still a question for villagers and researchers.

Dr Trịnh Sinh from the Vietnam Institute of Archaeology suggests that the village was established nearly 2,000 years ago.

Scientists collected samples including bricks during the repair and maintenance of ancient pagodas in the village.

Patterns on the samples are typical of 2,000 years ago when Vietnam was still largely under ancient Chinese domination.

The village has changed its name many times and adopted the name Cự Đà from the 17th century onward. The small village was at its peak of wealth between the 17th and 20th centuries.

Its residents had several businesses and shops in major cities and townships including Hanoi, Haiphong and Saigon.

Today the village is like a living museum with about 50 traditional Vietnamese houses and another 25 with a blend of French and Vietnamese architecture. As many as 25 houses are over 100 years old.

The old houses here have a uniform structure. Each comprises three main parts: a courtyard and two buildings. The back of the main building often faces the street. The main and minor buildings face each other and are separated by a small courtyard in between.

One of the houses that retain their ancient features belongs to Trịnh Thế Sủng. The five-room tiled house was built in 1874 with as many as 35 wooden pillars. Each pillar, beam and wooden wall was decorated with very sophisticated carvings, demonstrating the skills of dedicated joiners.

Strolling through the village, visitors will encounter several two-storey French colonial-style houses. From the outside, they stand out and are characterised by a unique arched porch decorated with special embossed motifs and complex patterns.

In addition to ancient houses, Cự Đà is also home to pagodas and temples that have been classified as national heritage sites with excellent ancient architectural value.

Thanh Oai District has immense potential for tourism development. It is located on the southwest entrance of Hà Nội so visitors can spend only half, or a day to discover the district without having to travel far.

It offers a wide range of attractions for visitors. The district is home to as many as 50 most typical rural craft villages in northern Vietnam.

Cự Đà is famous for its architecture, soy sauce and vermicelli; Chuông Village is known for conical hats; Ước Lễ Village is known for Vietnamese sausage and bánh chưng ̣(square sticky rice cake); Võ Lăng for its sculpture; and Vác Village has a long history of making hand fans and bird cages.

History lovers will also find the district an ideal attraction as it houses nearly 300 historical and cultural relics, of which 151 are recognised as national heritage.

When visiting Thanh Oai, tourists can not only immerse themselves in the quiet, ancient beauty of its landscape but also join unique traditional festivals.

In addition to cultural heritage, Thanh Oai also has diverse eco-tourism, with beautiful scenic spots including Thanh Cao and Cao Viên lagoons and the various orchards of local households.

Trần Văn Lợi, head of Thanh Oai District’s Culture and Information Division, said: “Tourism development in the district is yet to be commensurate with its potential due to limitations in transport infrastructure, parking lots, and services such as souvenir shops.

“Travellers visit Thanh Oai mainly during the day and have low spending, so revenue from tourism services is not high.”

Vice Chairman of the district People's Committee Nguyễn Khánh Bình said Thanh Oai had identified tourism as one of the key economic sectors for the area.

“The district authorities will create opportunities to push the development of tourism,” he said. “It will promote cooperation with tour operators to bring tourists to attractions and cooperate with neighbouring districts to connect tourism tours.” 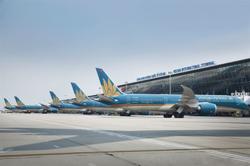