Fears about state intervention had earlier wiped US$60 billion off the share price of gaming giant Tencent Holdings at one point. - AP

SHANGHAI (Reuters): Chinese state media tempered their criticism of the video game industry on Wednesday (Aug 4), a day after a strongly worded article drove down shares in Tencent Holdings, while still stressing concern over the use of the Internet by minors.

The articles followed Tuesday's report in the Economic Information Daily that called online video games "spiritual opium", adding, "No industry should be allowed to develop in a way that will destroy a generation."

The item went viral and re-ignited investor fears about state intervention after Beijing had already targeted the education and technology sectors, wiping $60 billion off the share price of gaming giant Tencent Holdings Ltd at one point.

The phrase "spiritual opium" had been removed in a version the publisher re-posted late on Tuesday.

On Wednesday, the People's Daily, the official newspaper of the ruling Communist Party, said in an opinion piece http://paper.people.com.cn/rmrbhwb/html/2021-08/04/content_3061557.htm that "all sectors of society" needed to pay attention to, and join in, protecting minors from Internet dangers, without assigning blame.

The Securities Daily, which is also state-backed, said in a front-page commentary that while higher requirements needed to be put on video game firms, the industry's healthy development urgently needed to be promoted.

Shares in Tencent rose as much as 5.3% on Wednesday.

Hu Xijin, editor of China's influential Global Times newspaper, said on his Twitter-like Weibo account on Wednesday that he did not think the Economic Information Daily article was "making a declaration" and cautioned against misreading China's regulatory efforts.

"Now is the time to strengthen standards, but the purpose of governance is to forge more healthy development and not to attack the internet platform economy," he said.

"I cannot imagine that the state will take the simple approach of sealing off online video games." 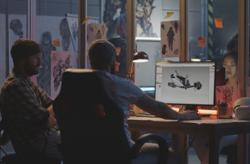 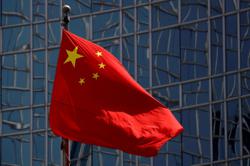