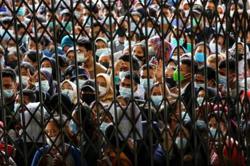 WASHINGTON (China Daily/ANN) Lawmakers and groups representing Asians in the United States have expressed outrage over a plan by federal prosecutors to retry a Chinese-born researcher under the so-called China Initiative.

The US Department of Justice, or DOJ, filed a notice of intent on Friday (July 30) to pursue a retrial of Anming Hu, a former associate engineering professor at the University of Tennessee, Knoxville, without stating the reason.

Hu was accused of concealing his affiliation with a Chinese university when he applied for grant funding from the NASA space agency. His original trial ended in a hung jury and mistrial in June.

Following the mistrial, which was the first trial under the China Initiative, civil rights groups and Asian-American scientific groups called on the administration of US President Joe Biden to rescind the program launched by the administration of then-US president Donald Trump to target researchers with ties to China, with the aim of combating so-called economic espionage.

US Representative Judy Chu, chair of the Congressional Asian Pacific American Caucus, expressed outrage that the department would continue to press its "flawed case", which she said is based on racial profiling.

"The case of Dr Anming Hu is the most glaring example of how investigations rooted in racial profiling lead to flimsy cases that cannot stand up in court. Worse, in order to justify this investigation, we know that FBI agents have falsified evidence," Chu said in a statement.

Chu criticised FBI procedures, saying the agency started by racially profiling suspects and searching for a crime, instead of beginning with a crime and searching for a suspect. She said many of the FBI's cases under the China Initiative have been flawed, evident in the number of cases that have been dropped.

Last month, the DOJ abruptly dropped visa fraud and other charges against five scientists from China in separate cases.

A mathematics professor was investigated, along with three biomedical and cancer researchers in California, and a doctoral candidate studying computer science in Indiana. Prosecutors didn't provide explanations in their motions to dismiss the cases.

Nearly 100 members of the US Congress, led by Congressman Ted Lieu, sent a letter on Thursday to US Attorney General Merrick Garland requesting an investigation to determine whether the DOJ, under the China Initiative, uses race in targeting people for arrest and other adverse actions.

The decision to retry Hu is to "confirm an utter disregard for justice", said John Yang, president and executive director of Asian Americans Advancing Justice.

"This trial has exposed the deeply problematic investigations, surveillance and prosecutions of Asian Americans and Asian immigrants," he said.

During Hu's trial, court documents and courtroom testimony showed that prosecutors brought fraud charges after nearly two years of surveilling Hu and failing to find evidence of economic espionage or other criminal activity.

According to a report by Knox News on Thursday, University of Tennessee administrators were manipulated by the FBI to "hand over documents from Hu's university files without a warrant, concealed the federal investigation from him, misled NASA at the behest of a federal agent, set Hu up for his eventual arrest and fired him as soon as he was in handcuffs".

The Asian American Scholar Forum urged the university to reinstate Hu's tenure and correct the injustice against him.

Following the DOJ's retrial announcement, the Asian-American advocacy group APA Justice said it is outraged by the department's "blatant" disregard of the facts and misconduct in Hu's trial.

"What happened to Hu and his family is not an isolated event; it is part of systemic racial bias, discrimination, and profiling by our federal government," the group said. - China Daily/Asia News Network 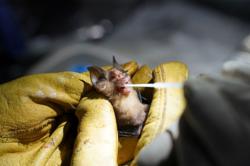