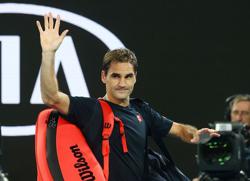 TOKYO, Aug 1 (Bloomberg): One biracial athlete carried Japan’s flag at the opening ceremony of the Tokyo Olympics, another lit the cauldron and both global sports stars put a spotlight on what has been dubbed the "Unity in Diversity” games.

Flag-bearer and NBA player Rui Hachimura and four-time Grand Slam tennis champion Naomi Osaka were front and center at the start of the games as the faces of a new Japan. But they also served as a reminder of how far one of the world’s most racially homogeneous countries has to go in embracing change.

While the population of foreign-born residents and biracial Japanese nationals have slowly inched up over the years, the Olympics have served as checkpoints on what is Japanese identity and how it has been evolving.

The games serve as a reminder for the public that biracial and multiracial athletes are representing Japan on the track, the courts and the judo mats -- sometimes winning medals.

"I think they’ve done well in pushing diversity forward,” Olympic tennis player Taro Daniel said in an interview Saturday. Still, the games has also brought to light some of the failings of the Japanese government in this area over the past year, he said.

Daniel, who has a Japanese mother and an American father, is among the many biracial athletes who have faced intolerance for his background and remembers being teased as a child for being part American.

"Living in Japan and being asked about having a gun and getting made fun of like that was shocking,” he said. Daniel admits it’s been easier to alter his behavior to fit in, but said he knows that’s not the answer for future generations who may have a mixed background similar to his own.

With a declining and aging population, Japan is seeking foreign-born labour to keep powering its economic engine, setting up legislation to bring more people from overseas in to fill vacant posts in factories and the service sector. As of the end of last year, around 2% of Japan’s population was non-Japanese.

One the surface, anti-immigrant and anti-minority sentiment in Japan may not be apparent for some. But it is there, sometimes coming up in more open ways. After Osaka crashed out of women’s tennis with a third-round loss, critics in Japan brought out their verbal barbs and attacked her on social media over her identity, with many saying she had no right to represent the country.

"Japan has a history of not welcoming those who are biracial, and those who have naturalized after moving to Japan,” said Yuji Ishizaka, a sports sociologist at Nara Women’s University. But the choice of Naomi as the final torch bearer to light the cauldron "is a major step forward for a Japan that hasn’t truly thought about what it means to be diverse.”

Basketball star Hachimura has also spoken about how he used to hide from people as a child because he was different, and how sports had helped him find his way.

Hachimura faces far less pressure than Osaka at the Olympics, playing on a Japanese basketball team with few expectations of posting a win in a group that includes powers such as Spain and Argentina.

Japan has also embraced biracial athletes, such as Koji Murofushi, born of a Japanese father and Romanian mother. He became a Japanese hero when he took gold at the 2004 Athens Games in the hammer throw and now is a senior member of the Tokyo Olympics organizing committee.

When Tokyoite Aaron Wolf, born to a Japanese mother and an American father, won gold on Thursday in the men’s 100-kilogram class judo contested about five miles from where he was raised, national TV broadcasters sent out flash bulletins on their screens -- as they have done with almost all of Japan’s golds.

"I’ve grown up in downtown Tokyo as a Japanese person, so I’d never really thought about diversity much, but for me the fact that I’ve been able to win gold representing Japan is the most important thing,” he told reporters after his victory.

With a little more than a week to go and still plenty of sports to be played, it remains to be seen how much the Tokyo Olympics will live up to its dream of being the diversity games.

It didn’t help that the Tokyo Olympics organizing committee was racked by sexism scandals in the months before the games and the man in charge of composing music for the opening ceremony, Keigo Oyamada, resigned a few days before the event after an interview surfaced where he admitted to viciously bullying childhood classmates with disabilities.

But for tennis player Daniel, the Olympics is an opportunity he hopes may help deliver a change of attitude that can make a lasting difference.

"In the end it will be a good one for society to reflect on what they need to move forward,” he said. - Bloomberg