Workers prepare coffins ordered for Covid-19 victims at a workshop in South Tangerang, on the outskirts of Jakarta. - Reuters

JAKARTA (The Straits Times/ANN): Undertakers are making a killing as Covid-19 rages on in Jakarta.

Residents of the Indonesian capital are facing skyrocketing cremation prices, with the copy of an invoice which went viral online showing that a crematorium in West Jakarta charged a client 80 million rupiah (S$7,500), or 10 times the normal rate, for one body.

Crematoriums have cited higher costs of firewood due to rising demand and rising labour costs due to overtime for workers who work late into the evening, Jakarta-based news portal tribunnews.com reported.

They have also cited additional costs related to the pandemic, including the need to buy personal protective equipment to avoid possible Covid-19 transmission.

Ima Mahdiah, a member of the capital city's provincial parliament, said she had discussed the issue with Jakarta governor Anies Baswedan, who promised to set up a temporary crematorium by Sunday (July 25), as part of a plan to help bring down the costs.

For decades, the Jakarta government has left cremation services to the private sector and residents have had to rely on those in the city as well as its nearby satellite towns.

On Monday, one crematorium owner Muhammad Jusuf Hamka accused rivals of forming a cartel to keep prices high. He said he had instructed his staff to continue charging clients the normal seven million rupiah rate.

"People of the Christian, Buddhist faiths, I am with you. I will help you. And those who cannot afford to pay - with recommendation letters from community leaders as proof - will get a free of charge service," said Jusuf, who also owns the toll road company Citra Marga Nusaphala Persada.

"This cartel group is inhumane. They have extorted our brothers and sisters, charging as high as 80 million rupiah. Let us all fight this cartel," he added.

Indonesia is the world's most-populous Muslim country, and the faithful bury their dead.

Police have begun investigating, with chief detective Commissioner General Agus Andrianto saying that he had deployed his personnel to look into the matter. He appealed to those who were charged exorbitant fees to come forward to file a police report.

Gen Agus denounced crematorium operators as traitors for profiting from people who are already suffering from the pandemic.

Noted litigation lawyer Hotman Paris Hutapea, who was among those encouraging police to take action, took to Instagram on Thursday to thank the authorities for the quick response.

"Imagine, your mother, son, husband, wife died... you are low on cash during this pandemic, but are forced to take out tens of millions of rupiah (for cremation)," said the lawyer.

The number of deaths daily in Indonesia hit 1,449 on Thursday, another record. The daily average of Covid-19 deaths in the past week has been about seven times the figure in the second week of June when the government, for the first time, confirmed that the more transmissible Delta variant of the coronavirus, first detected in India, was found in Indonesia.

The country is the worst hit for Covid-19 in South-east Asia, with total number of cases at 3.03 million and 79,032 deaths so far. - The Straits Times/Asia New Network 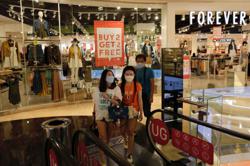 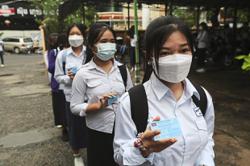