BANDAR SERI BEGAWAN, July 20 (Borneo Bulletin/ANN): The Ministry of Primary Resources and Tourism of Brunei (MPRT), and the General Administration of Customs of the People’s Republic of China inked the protocol on inspection, quarantine and veterinary sanitary requirements for farmed aquatic products, such as prawns and fish, to be exported from Brunei to China.

The signing served to further strengthen cooperation between both countries in the field of biosecurity, quarantine and veterinary sanitary on aquatic products to be exported to China.

The relevant authority for China is General Administration of Customs of the People’s Republic of China and for Brunei Darussalam is the Fisheries Department under the MPRT.

The signing also served to pave the way for information exchanges on chemical and veterinary medical wastes, epidemic diseases and supervision of micro-organism in aquaculture farms, processing plants and frozen storage premises, as well as to further open Brunei Darussalam’s export market network for fisheries products from aquaculture companies to China.

The signing will benefit 68 aquaculture companies of which three companies are foreign direct investments from China.

Permanent Secretaries from Ministry of Finance and Economy, Ministry of Foreign Affairs and the MDRT were also present. 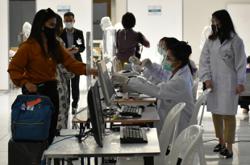