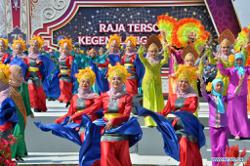 BANDAR SERI BEGAWAN (Borneo Bulletin/ANN): The 15th Asean Defence Ministers’ Meeting (ADMM) ended on a high note on Tuesday (June 15), with Asean defence ministers agreeing on the adoption of eight new and revised concept and discussion papers, together with one standard operating procedure.

Among them were papers championed by Brunei, namely Stocktaking Paper on the ADMM and ADMM-Plus, with an intended outcome to deliver a strategy for the future of the ADMM; concept paper on Enhancing Usage of the Asean Direct Communications Infrastructure (ADI) as Defence Communications Architecture that lays out a proposed conceptual framework for ADI Phase 2 usage; and revisions to the concept paper on Asean Defence Interaction Programme (ADIP) to ensure its sustainability in the coming years.

The 15th ADMM, which convened virtually at the International Convention Centre on June15, was chaired by Minister of Defence II Major General (Rtd) Halbi Mohd Yussof, in his capacity as Brunei Darussalam’s ADMM Leader.

The meeting also saw the adoption of the ‘Bandar Seri Begawan Declaration in Commemoration of the 15th Anniversary of the ADMM towards a Future-Ready, Peaceful and Prosperous Asean’. - Borneo Bulletin/Asia News Network 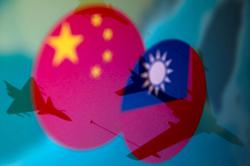