VIENTIANE (Xinhua): More than 11,000 cattle and buffaloes in 126 villages in seven provinces have contracted lumpy skin disease, according to the Lao Ministry of Agriculture and Forestry.

Over 100 cattle and buffaloes have died from the disease and more than 8, 000 have been treated.

Khammuan province, some 250km southeast of Lao capital Vientiane, has recorded the largest outbreak of the disease, with 5, 100 animals infected and 60 deaths.

Lumpy skin disease is a viral infection that affects cattle but cannot be transmitted to humans. It is transmitted by direct contact, such as by eating contaminated food, proximity to a herd, and by contact with an infected animal.

Local daily Vientiane Times on Thursday quoted Director of the Department of Livestock and Fisheries under the Lao Ministry of Agriculture and Forestry, Vilaiphone Voraphim, said the virus is also indirectly transmitted by blood-sucking beetles and mosquitoes. Outbreaks of the disease have been reported since mid-April.

The department has issued instructions on preventing the spread of the disease in non-infected areas and advice on how to care for livestock in infected areas.

A temporary ban on the import, export and transit of cattle and buffaloes between countries, provinces, districts and villages has been imposed for a period of 30 days and essential medicines have been supplied to affected areas.

Livestock farmers must take care of their cattle and buffaloes and follow the instructions of local authorities to prevent the disease from infecting their animals.

Groups of cattle feeding together should be monitored and blood-sucking beetles prevented from biting cattle as this can spread the disease.

To prevent uninfected herds from falling ill, control is necessary, but getting rid of blood-feeding insects through the use of insecticides should be done with caution.

Lumpy skin disease was detected in Africa, the Middle East and Eastern Europe in 2020 and also in neighboring countries earlier this year. 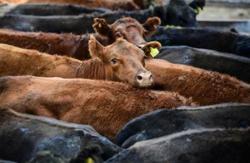 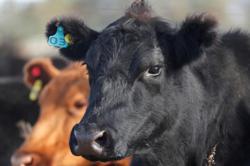