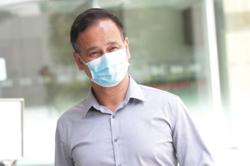 Gurmit Singh says sorry and 'hopes to do better'. - The Star file pic

SINGAPORE (Bernama): Singapore actor Gurmit Singh famous for his role in the 'Phua Chu Kang' sitcom has vowed to be a better driver after he was fined S$800 and banned from driving for three months over a speeding charge on Tuesday (June 8).

Gurmit who has a big following in Malaysia vowed "to do better to be a better driver and rider”.

"Hi everyone. You may or you may not have heard about the news but I just want to say I’m sorry, and I hope to do better. Take care, ” he said in his Instagram account..

According to The Straits Times, in April Gurmit, 56, was caught driving at about 131kmh along Woodlands Avenue 12 towards Seletar Expressway which has a 70kmh speed limit.

The news report said Singh told the court he heard a "flapping sound” coming from the car earlier while on his way to pick up his 19-year old son, who was doing an internship at the time,

"After I picked him up, I wanted to see if he heard the same sound, and I realised it appeared at 100kmh. I’m not saying I should drive at that speed... but it was just a short spurt, ” he was quoted as saying.

The actor was also reported saying he did not know how he had reached 131kmh, and added that it was a "one-off thing”.

The report said the celebrity, whose full name is Gurmit Singh Virk Chainchal Singh, did not have any prior conviction. - Bernama 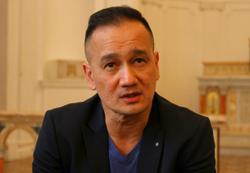 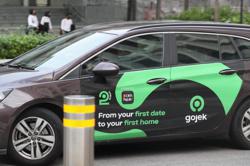