Buddy Fenster (L), father of detained journalist Danny Fenster, speaks to supporters in Huntington Woods, Michigan, on June 4, 2021. The US State Department has called for the release of Fenster, a US citizen and the Managing Editor of news outlet Frontier Myanmar, who was detained on May 24, 2021, as he attempted to board a plane at Yangon International Airport to leave military-ruled Myanmar. A week after Fenster was detained, Frontier said they had yet to receive any information on his whereabouts or wellbeing. - AFP

WASHINGTON, June 6 (Bernama): The United States has not had access to American journalist Danny Fenster after he was detained by Myanmar's military junta, State Department spokesperson Ned Price has said, according to Sputnik.

Fenster, 37, worked as the managing editor of the Frontier Myanmar news magazine. He was detained on May 24 at Yangon International Airport before he could board a plane to leave the country. It is unknown whether he will face charges.

"We are deeply concerned over the detentions of Daniel Fenster and Nathan Maung, both of whom were working as journalists in Burma," Price said in a press briefing earlier this week.

"We've pressed the military regime to release them immediately...our consular officers most recently conducted a virtual visit with Nathan Hmong on May 24. We've also sought to visit Daniel Fenster, but we haven't been afforded access to him by regime officials."

Price said the United States will also continue to press Myanmar's military junta to release all journalists detained in the country.

The military in Myanmar seized control of the nation in a coup d'état on Feb 1,2021. There have been mass protests since the coup was staged.

On the other hand, the military authorities assert that it was justified and vow to transfer power after a new election, the date for which however is yet to be given. - Bernama

US , Myanmar , Detained , Journalist , No Visitation , Just Yet 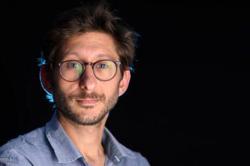